For kids only! Here’s how Duterte will spend his 71st birthday

Despite having the means to throw a party, Davao City Mayor Rodrigo Duterte will not have a grandiose celebration to mark his 71st birthday on March 28.

On the contrary, the mayor’s trusted aide said he plans to mark his natal day by becoming “invisible.”

By disappear, Go meant that the mayor will hie off to the House of Hope, a temporary shelter for the children from all over Mindanao who are being treated at the Southern Philippines Medical Center (SPMC), formerly known as the Davao Regional Hospital.

Duterte has made it a habit to visit the special residence for cancer-stricken kids on his birthday and on other special occasions such as Christmas Day.

On his visits, the tough-talking mayor brings toys for the boys and dolls for the girls, which he would pick personally from stores in Davao City.

Dr. Mae Dolendo, head of the House of Hope, said Duterte would even show the cancer-stricken boys how to operate the toys.

“He is like a father to all of them. He would cry when a child dies but he comes back to celebrate with them the Survivor’s Day,” she said.

Survivor’s Day is the day when children who survived cancer would come back to the House of Hope and provide inspiration to the other sick children, many of whom have their days numbered.

Since becoming OIC Vice Mayor and later Mayor of Davao City in 1986, Duterte has shunned birthday gifts from businessmen preferring to be with his family and visiting his favorite charities.

Over the years he has been in public service, Duterte has spent special occasions with children suffering from cancer who stay at the

On his birthdays and Christmas Days, he would visit the cancer-stricken children at the House of Hope and bring them gifts,

Although there will be no lavish celebrations for Duterte, it will probably feel like Christmas arrived early for the children at the House of Hope because they will see their “angkol,” “daddy” or “papa.” 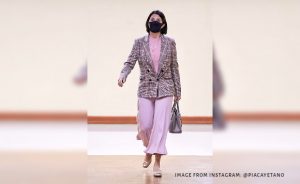