Broadcast journalist Raffy Tima has taken to social media to express his dismay at President-elect Rodrigo Duterte after he catcalled his wife, fellow reporter and news anchor Mariz Umali, in a press conference aired live on TV.

In a Facebook post titled “Catcalling My Wife Is Wrong In So Many Levels,” Tima did not hide how appalled he was over Duterte’s actions in the media briefing last May 31 although he had expected him to act that way.

“I know his (Duterte’s) reputation well enough not to be shocked by it, but that does not make it right.

For someone who espouses leadership by example, catcalling anyone in a press conference with all cameras trained on him defies logic. Then again, thats Mayor Duterte,” he said.

During the press conference, Umali told Duterte, “Sir, I’m here” after the President-elect appeared to be at a loss as to where the voice asking him a question was coming from.

A flustered Umali responded: “Sir, good evening.” Duterte then let out a whistle as several people in the room laughed.

When she insisted on asking her question, the President-elect belted out a few lines of the song, “Malayo ang tingin.”

Reviewing the incident, Tima said what appalled him more than Duterte’s actions towards his wife was the reaction of the people who were at the press conference.

“Most laughed, others made teasing noise and basically urged the mayor to dish some more! And he did. I do hope none of them were journalists because if they were, shame on them,” he said.

“When you see or hear anyone say something wrong you do not encourage it, you do the opposite. Or in that particular instance at least, they should have kept quite (sic) and in their silence gave the message that what the mayor did was wrong,” Tima added.

For the broadcast journalist, mocking women is no laughing matter.

“Some jokes are funny and should be laughed at… but disrespecting women is definitely not one of them,” he said.

Pagbigyan na: Panelo says Duterte’s “Rudy-ness” is about to end, he will act more presidential in July

Panelo on Duterte’s catcalling: He’s only complimenting the beautiful Mariz Umali and she didn’t take it badly

US Embassy in Manila reschedules visa appointments, other consular services set for Monday 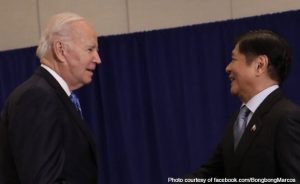 “I was impressed with the work you did on windmills,” US President Joe Biden told President Marcos. 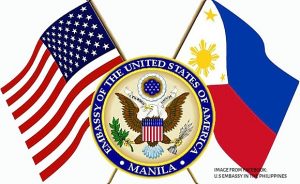 US Embassy in Manila reschedules visa appointments, other consular services set for Monday

Super typhoon Noru, locally known as Karding, has forced the United States embassy in Manila to move its consular services set for Monday. 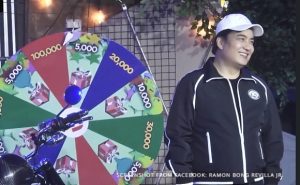 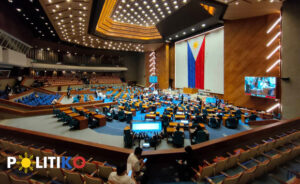 The House of Representatives has terminated the budget deliberation on 76% of all government agencies as of Friday. 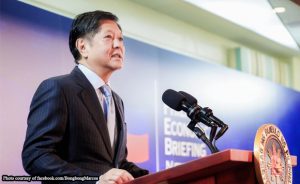 Marcos suspends classes, gov’t work in Metro Manila, 7 other areas due to ‘Karding’

President Ferdinand Marcos Jr. has suspended classes at all levels and work in government agencies in the Metro Manila, Regions 1, 2, CAR, 3, CALABARZON MIMAROPA and 5 on September 26 due to Typhoon Karding. 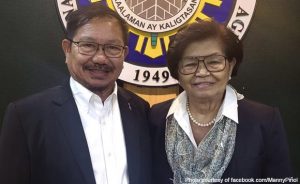