by Anne LEC’HVIEN and Claire GALLEN

Former French president Nicolas Sarkozy was found guilty of corruption on Monday and handed a three-year prison sentence, in a ruling that deals a major blow to any lingering political ambitions.

The jail sentence includes two years suspended and the remaining year can be served at home with an electronic bracelet, the court ruled, meaning Sarkozy will not end up behind bars over this case.

The judge found the 66-year-old had formed a “corruption pact” with his former lawyer and friend Thierry Herzog in order to convince a judge, Gilbert Azibert, to obtain and share information about a legal investigation.

“The facts for which Nicolas Sarkozy is guilty are particularly serious having been committed by a former president who was the guarantor of the independence of the judiciary,” the judgement read.

Sarkozy, a one-term president from 2007-2012, announced an appeal several hours after the verdict, with his lawyer calling the findings “extremely severe” and “totally unfounded and unjustified”.

The conviction sets a new low-point in the tumultuous political career of the right-winger who remains a dominant political figure in France, admired by fans for his tough talk on crime and immigration.

It is also likely to undermine any attempted comeback to frontline politics — an ambition he has denied, but which has been promoted by many supporters ahead of 2022’s presidential election.

Wearing a dark suit and tie, Sarkozy showed no emotion as the sentence was read out and he left court without commenting to waiting journalists.

“What a senseless witchhunt, my love Nicolas Sarkozy,” his wife, former supermodel and singer Carla Bruni, posted on Instagram, next to a picture of the couple embracing. “The fight goes on, the truth will come out. #injustice.”

Only one other modern French president, Sarkozy’s political mentor Jacques Chirac, has been convicted of corruption.

Chirac, who did not attend proceedings in 2011 due to ill health, received a two-year suspended sentence over the creation of ghost jobs at the Paris city hall to fund his party when he was mayor.

– Wiretaps –
The verdict on Monday was based on extensive wiretaps of private conversations between Sarkozy and his lawyer in 2014 during which they discussed helping a judge, Gilbert Azibert, obtain a desirable job in Monaco.

In return the judge delivered information about a judicial investigation into Sarkozy’s dealings with billionaire L’Oreal heiress Liliane Bettencourt amid allegations that she had handed over envelopes stuffed with cash for campaign financing.

Sarkozy was eventually cleared over his dealings with Bettencourt and has maintained his innocence throughout.

He told the court during his latest trial he had “never committed the slightest act of corruption”.

While reading out her sentence, judge Christine Mee said Sarkozy had “used his status as a former president… in order to favour a magistrate to serve his personal interests.”

On March 17, the ex-president is scheduled to face a second trial over accusations of fraudulently overspending in his failed 2012 re-election bid.

He has also been charged over allegations he received millions of euros from Libyan dictator Moamer Kadhafi for his 2007 election campaign.

And in January, prosecutors opened another probe into alleged influence-peddling by Sarkozy over his advisory activities in Russia.

– Repercussions –
The guilty verdict on Monday is a further blow to Sarkozy’s centre-right allies in the Republicans party who are struggling to coalesce around a single candidate ahead of next year’s presidential election.

“The severity of the punishment is absolutely out of proportion,” the head of the Republicans party, Christian Jacob, complained on Twitter.

He took aim at the specialised financial crimes prosecutors’ office which pursued Sarkozy, as well as his closest political ally while in power, former prime minister Francois Fillon.

Fillon, whose 2017 bid for the presidency was torpedoed by corruption charges, was convicted in June last year of creating a fake parliamentary job for his wife.

Political scientist Pascal Perrineau said that Sarkozy had been happy to let speculation about another tilt at the presidency in 2022 take off because it helped rehabilitate his image.

“Now it will be a lot more complicated,” he said.

On social media, some users shared previous comments from the pugnacious son of a Hungarian immigrant known for his tough-on-crime rhetoric.

In 2015, Sarkozy spoke out against arrangements that make it possible to convert short prison sentences into non-custodial punishments, which he will benefit from if he fails with his appeal.

“I want there to be no arrangements for sentences of more than six months,” he said. 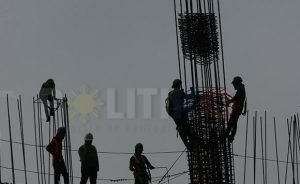 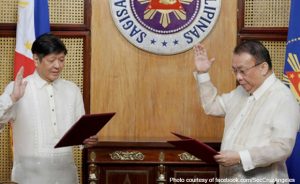 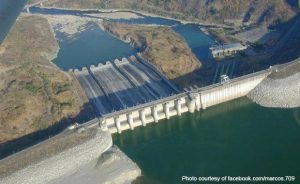 President Ferdinand Marcos Jr. reminded the National Irrigation Administration and the Metropolitan Waterworks and Sewerage System to “be very very careful” when releasing water from both Ipo and Magat dams to avoid a repeat of extensive flooding in Cagayan Valley. 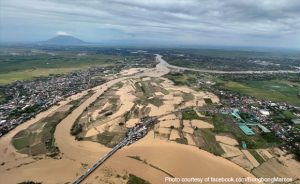 WATCH | Marcos: ‘Karding’ victims to get cash aid but…

The government is currently organizing the airlift of food materials, food packs, and water supply to Polillo Islands which was heavily battered by Typhoon Karding, President Ferdinand Marcos Jr. said. After a former Palace official allegedly red-tagged and threatened a Manila judge, the Supreme Court (SC) warned the public that it is considered a contempt of court for making threats against magistrates. 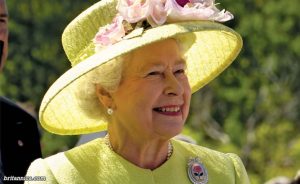 British Ambassador Laure Beaufils has received a copy of House Resolution 12 expressing sympathy and condolences on the passing of Queen Elizabeth II.