MANILA – Administration Sen. Francis Tolentino is seeking to formally name Benham Rise as the “Philippine Rise” or “Talampas ng Pilipinas” through a proposed legislation recently filed in the Senate.

Under Tolentino’s Senate Bill No. 2235, formally renaming Benham Rise as the “Philippine Rise” will help underscore the country’s assertion of sovereign rights over the 13-million-hectare underwater plateau.

The senator said renaming the Benham Rise to Philippine Rise is an exercise of sovereignty in a bid to protect national interest.

SB 2235 will complement President Duterte’s Executive Order No. 25 back in 2017, according to Tolentino.

The proposed legislation also aims to name the 22 undersea features found in the area.

The measure also seeks to mandate the use of the name “Philippine Rise” or “Talampas ng Pilipinas” and the names adopted in the bill for its undersea features in official maps, charts, and all other official documents.

Under SB 2235, all private institutions, organizations, and establishments organized under the laws of the Philippines or operating within the Philippines are also mandated to use the designations in all communications, announcements, and messages, both domestically and internationally.

Tolentino underscored the country’s sovereign rights over the Philippine Rise, an underwater plateau about 2,000 to 5,000 meters deep located in Aurora.

Article 77 of the United Nations’ Convention on the Laws of the Sea (UNCLOS) provides that a coastal state has sovereign rights over its continental shelf for the purpose of exploration and exploiting its natural resources.

No other state may exploit or undertake exploration activities in the Philippine Rise without express consent of the Philippines.

Previously, China named five undersea features in the Philippine Rise despite the declaration by the United Nations Commission on the Limits of the Continental Shelf (UNLCS) that it is part of the Philippines’ continental shelf.

The International Hydrographic Organization (IHO), an intergovernmental organization that aims to ensure the world’s waters are surveyed and charted, approved one of the names submitted by China in 2016 and four other names in 2017. (JCC) 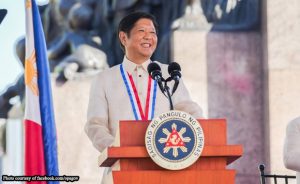 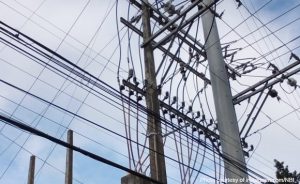 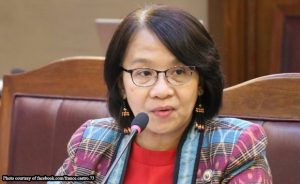 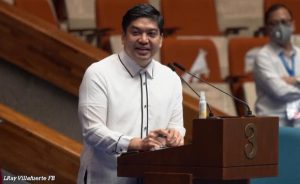