MANILA – The Department of Education (DepEd) on Monday demanded a public apology from World Bank following its report that over 80 percent of Filipino students fall below the minimum proficiency levels.

In a Palace briefing, Education Secretary Leonor Briones slammed the World Bank for using old data and outdated assessments as the basis of its report and releasing it without following the country’s protocols.

“Ang World Bank na nagpalabas nitong datos na ito, hindi sumusunod sa protocol. Kasi kung mag-report ka about a country, kailangan malaman ng country na iyon kung ano ang sasabihin ninyo; kailangan nilang ipalabas. Walang kasabi-sabi, inuna sa media. So malaking kakulangan ito (The World Bank in releasing this data did not follow protocol. Because if you report about a country, that country needs to know what you are going to say; they need to be released. Without informing us, they announced first in the media. So, it’s a big shortcoming),” Briones said.

Briones said the World Bank did not take into account DepEd’s initiatives to improve the state of education in the country.

She further noted that the World Bank has been a long-time partner of the DepEd in its bid for education reform, highlighting that around USD300 million worth of loans have been granted to the country since the 1980s.

“Matagal na partner na ang World Bank since 1981. Marami na tayong inutang sa World Bank para mag-improve sa edukasyon. So, partner sila, kasali sila dito sa sitwasyon sa Pilipinas (The World Bank has been a partner for a long time since 1981. We have owed a lot to the World Bank to improve education. So, they are partners, they are part of the situation in the Philippines),” Briones said. “And since the country was insulted, was shamed and so on, we expect and look forward to a public apology lalo na iyong hindi pagsabi sa amin na naglabas sila ng ganoong klaseng datos na lumang-luma na datos (especially when they did not tell us that they released that kind of data that is very old).”

The report was based on the three assessments the Philippines participated in — the Program for International Student (Pisa) in 2018, the Trends in International Mathematics and Science Study (TIMSS) in 2019, and the first cycle of the Southeast Asia Primary Learning Metrics (SEA-PLM) in 2019.

The World Bank said there is a “crisis” in Philippine education “which started pre-Covid-19 (coronavirus disease 2019)” and “have been made worse” by the coronavirus pandemic.

It said more than 80 percent of children in the Philippines “do not know what they should know in school.”

Across the three global assessments, the World Bank said, only 10 to 22 percent of Grade 4, 5, and 9 students in the Philippines posted scores “at or above minimum proficiency.”

DepEd has introduced reforms in education to allow students to adapt to the new normal with new teaching styles such as online learning, modular learning, television and radio-based instruction, and blended learning which is a combination of two or more methods of learning. (PNA)

Trending on POLITIKO
Teves asks Marcos to intervene: ‘Why was I singled out’
Video of ‘beast mode’ Guanzon circulates on social media
‘Wag atat! Ex-CJ Panganiban: Freedom ‘not so fast’ for De Lima after SC sides with Gigi Reyes 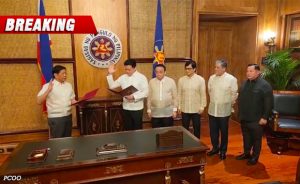 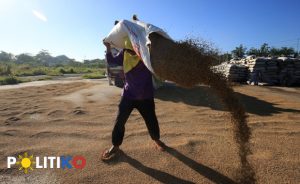 The House of Representatives has approved on third and final reading a measure granting insurance coverage to agrarian reform beneficiaries in order to provide them aid and relief in times of natural calamities, pest infestations, or even death. 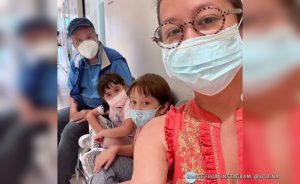 Former Interior and Local Government Secretary Mar Roxas took his family to the eye doctor for a quick checkup. 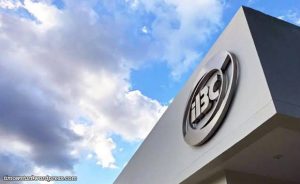 The proposal to renew the franchise of the International Broadcasting Corporation (IBC-13) for another 25 years was approved by the House of Representatives on third and final reading. 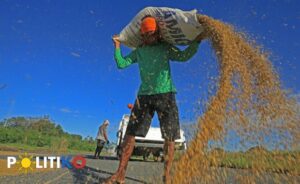 The House of Representatives had approved on third and final reading the bill providing for restructuring and condonation of unpaid interests, penalties, and surcharges on the loans of farmers, fisherfolks, and agrarian reforms beneficiaries. 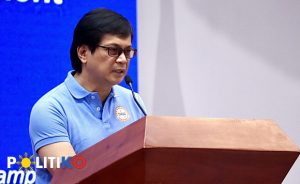 Department of the Interior and Local Government (DILG) Secretary Benjamin ‘Benhur’ Abalos, Jr. recognized the Bureau of Jail Management and Penology (BJMP) in their effort to release more than 103,000 Persons Deprived of Liberty (PDL) in 2022 as part of their ongoing initiative to decongest the jails.