President Joe Biden’s nominee to be ambassador to Beijing on Wednesday dubbed China aggressive and untrustworthy, insisting that boosting Taiwan’s defenses against the threat of Chinese invasion should be a US priority.

Speaking to the US Senate Committee on Foreign Relations, which is due to confirm his appointment, Nicholas Burns denounced recent Chinese warplane incursions into Taiwan’s air defense zone, calling them “especially objectionable.”

“We certainly cannot trust the Chinese” on the issue of Taiwan, Burns said. “Our responsibility is to make Taiwan a tough nut to crack.”

Since 1979 the United States has recognized the People’s Republic of China, but the US Congress simultaneously requires Washington to provide Taiwan with means of self-defense.

The island has had its own government since the Communist takeover of mainland China in 1949, but Beijing considers Taiwan a part of its territory to be assimilated one day, by force if necessary.

Burns — a career diplomat who has worked in a number of US administrations, both under Democrats and Republican — did not mince words Wednesday.

He accused the Chinese government of being “an aggressor against India along their long Himalayan border, against Vietnam, the Philippines and others in the South China Sea, against Japan, in the East China Sea.”

“Beijing has launched an intimidation campaign against Australia, and even more recently Lithuania.

“The PRC’s genocide in Xinjiang, its abuses in Tibet, its smothering of Hong Kong’s autonomy and freedoms and its bullying of Taiwan are unjust and must stop,” he continued.

But Burns stressed that China’s power should not be overestimated: “They have very few friends. They have no real allies.”

“We ought not to exaggerate their strengths or underestimate the strengths of the United States,” he told the committee.

“What we need is self confidence that the United States is a strong country.” © Agence France-Presse 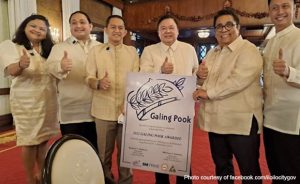