Taiwan welcomes arms sale worth $100mn from US 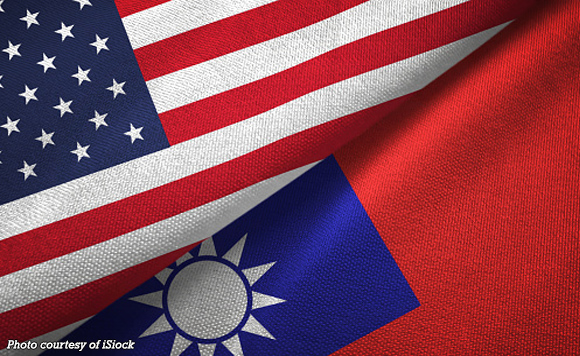 Taiwan thanked the United States Tuesday for selling up to $100 million worth of equipment and services to support its air and missile defence systems, as China ramps up incursions of warplanes into the island’s air defence zone.

Self-ruled democratic Taiwan lives under constant threat of invasion by authoritarian China, which views the island as part of its territory to be seized one day — by force if necessary.

Beijing has significantly increased incursions into Taiwan’s air defence identification zone in recent months, with the final quarter of 2021 seeing a massive spike.

On Tuesday, Taipei expressed “gratitude” to the United States for approving a $100 million arms sale, which will maintain its Patriot missile air defence system.

“This is the second arms sale to Taiwan since President Joe Biden took office and the first time this year,” Taiwan’s presidential spokesman Xavier Chang said in a statement.

“It … reflects the rock-solid partnership between Taiwan and the US.”

According to a statement from US Defence Security Cooperation Agency, the deal covers engineering support and maintenance of air defence systems and will “ensure readiness for air operations”.

“The recipient will use this capability as a deterrent to regional threats and to strengthen homeland defense,” said the US agency.

Beijing on Tuesday opposed and condemned the latest sale, saying it “seriously undermines” US-China relations, as well as peace and stability in the Taiwan Strait.

“China will take legitimate and strong measures to uphold its own sovereignty and security interests,” said foreign ministry spokesman Zhao Lijian, without specifying what the measures would be.

Last year, Taiwan recorded 969 incursions by Chinese warplanes, according to a database compiled by AFP — more than double the roughly 380 carried out in 2020.

The new year appears to be following the same trend: the defence ministry recorded 52 warplanes entering the zone over two days in January, a large uptick over a short period.

The Patriot is a highly mobile surface-to-air missile system that would be a crucial defence against Chinese warplanes.

Washington diplomatically recognises Beijing over Taipei but it is also bound by Congress to sell Taiwan weapons to defend itself.

Former US president Donald Trump ramped up big-ticket arms sales to Taiwan during his time in office as he feuded with Beijing on a host of issues from trade to national security.