Trabaho at negosyo! Isko Moreno vows revival of tourism industry if he wins 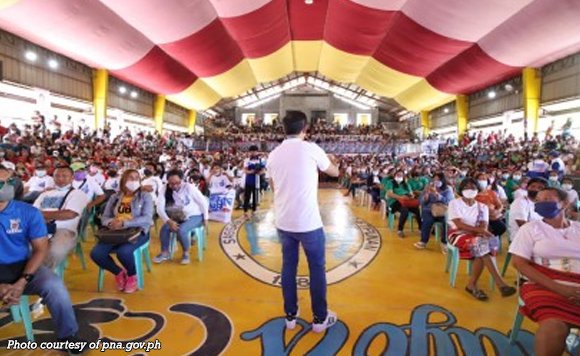 MANILA – The tourism industry, one of the most affected by the coronavirus disease 2019 (Covid-19) pandemic for two years now, will flourish anew under the leadership of Isko Moreno.

The outgoing Manila mayor and Aksyon Demokratiko presidential bet made the promise in Quirino province on Thursday, saying affected tourist spots especially in far-flung areas will get assistance from the national government if he wins the May 9 polls.

“If these things can create jobs and opportunities, then it is in line with our goals and aspirations. I, together with (running mate) Doc Willie (Ong), we have already said that we will prioritize life and livelihood in the first two years. And this will be supported as a matter of compromise and promise and commitment to the Quirino people especially in this area,” Moreno said in a mix of English and Filipino during an interview aired on social media.

Moreno and his slate held a town hall meeting where Mayor Nieverose Meneses presented a video montage of the province’s tourist attractions.

Meneses is a member of the indigenous people’s Bugkalot tribe in Nagtipunan town.

Among the attractions were the Landingan Viewpoint, an elevated spot that provides a full view of the town of Nagtipunan, river, and landscapes; 50-meter high Mactol Falls; Bimmapor rock formation that resembles the shape of a sunken ship with only the upper decks protruding; and Pusuac cave and watershed.

As in other sectors of the economy, residents of Quirino working in the tourism industry lost their jobs.

According to the Philippine Statistics Authority (PSA), the contribution of Tourism Direct Gross Value Added to the Philippine economy in 2020, as measured by the Gross Domestic Product, was estimated at 5.4 percent or PHP973.31 billion.