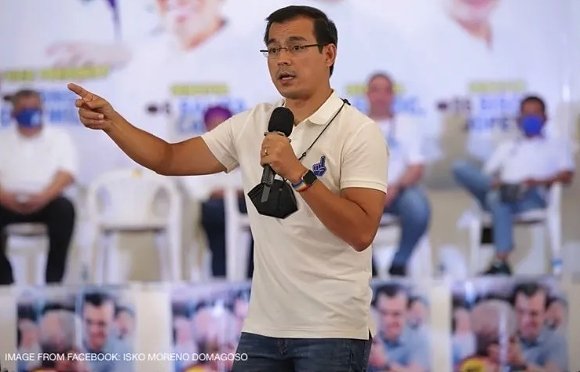 Presidential candidate Manila Mayor Isko Moreno took a swipe at rival former Senator Ferdinand Marcos Jr. for being inspired by a Marvel film about a thief becoming a superhero.

“Ant-Man? ‘Yan ba ‘yung sa Marvel? ‘Yung storya niyan from magnanakaw to hero?… Good luck. Wala akong masabi,” the mayor said during a media interview in Nueva Ecija when asked to comment about his inspiration for his presidential bid after his rival was influenced by the Marvel film.

‘We find ways’: Mayor Isko says he’s not perfect, but can ‘get things done’

Mayor Isko, who has been barnstorming provinces since the start of the campaign period, said he and his running mate Dr. Willie Ong only aim to serve the people if elected in May elections.

With his “Bilis Kilos” agenda, the mayor has promised a government with a heart, one that provides swift service to the people.

Lawyer Liza Marcos, wife of the former senator, earlier revealed the impact of the superhero movie on Marcos Jr’s presidential run. She told Boy Abunda that her husband was undecided six months ago but made up his mind after watching Marvel’s tiny hero.

The movie features the story of Scott Lang, played by Paul Rudd, a skilled burglar can shrink down to bug-size and expand at will with the help of a suit. He is recruited by a scientist seeking to stop a former protégé from create an army of insect-size bad guys.

Marcos, son and namesake of the late president Ferdinand Marcos, is seeking to follow in his father’s footsteps. His candidacy has been marred by issues such as corruption and right violations hounding his father’s martial regime, as well as refusal to attend presidential debates. Marcos however still emerged as the frontrunner in recent presidential surveys. His running Davao City Mayor Sara Duterte Carpio is also the clear favorite vice presidential bet based on surveys.