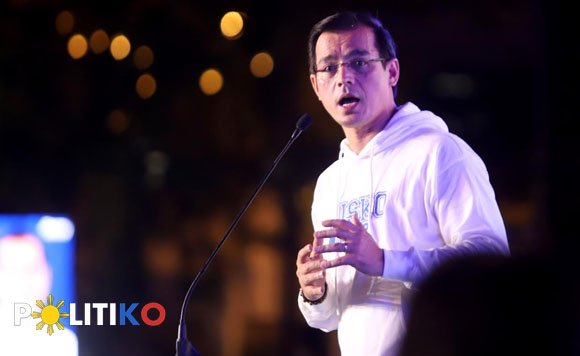 MANILA – The PHP3 billion fuel subsidy granted to public utility vehicle (PUV) drivers amid the increase in the prices of petroleum products will benefit even the commuting public.

Aksyon Demokratiko presidential bet Francisco “Isko Moreno” Domagoso, who praised President Rodrigo Duterte for the move that will also benefit farmers and fisherfolk, said the relief will mean there will be no increase in fares for now.

“Siyempre, masaya ako para sa mga drivers kasi ‘pag nagawa ng pamahalaan iyan, kahit papaano, ma-ibsan iyong pagkalugi sa kita nila pang araw-araw. Makikinabang rin ang mga pasahero dahil sa kahit papaano ay wala munang taas-pasahe (Of course I am happy for the drivers because if the government was able to do that, it will help reduce the losses on their daily income. The passengers will also benefit because there will be no increase in the fares),” Domagoso said during his campaign sortie in Nueva Ecija on Thursday.

“I am happy na ito ay ginagawa ni Pangulong Duterte at ng gabinete. Basta sa kapakinabangan ng tao, I will support it. Salamat sa Pangulo (I am happy that President Duterte with his Cabinet did this. As long as it will benefit the people, I will support it. Thanks to the president),” he added.

The funds were charged from the regular budget of the two departments under the 2022 General Appropriations Act.

The identified 377,443 drivers of jeepneys, UV express, mini buses, buses, shuttle services, taxis, tricycles, and other full-time ride-hailing such as transport network vehicle service and motorcycle taxis, and delivery services nationwide will receive PHP6,500 each through cash cards from the Landbank of the Philippines.

The Land Transportation and Franchising Regulatory Board, Department of the Interior and Local Government, and the Department of Information and Communications Technology collaborated for the identification of beneficiaries.

Fuel discount cards (FDCs) for the agriculture sector beneficiaries will be issued in partnership with the Development Bank of the Philippines and will be distributed by Regional Field Offices of the DA.

The recipients can present their FDCs to the contracted oil companies or gas stations and claim a maximum PHP3,000 discount. (PNA)