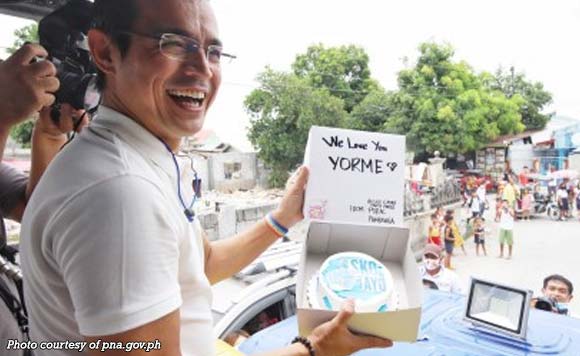 MANILA – Aksyon Demokratiko standard-bearer Isko Moreno has assured supporters that he will push through with his presidential bid despite supporters switching to other candidates plus the call for him to back out for Vice President Leni Robredo to win.

During his campaign sortie in Porac, Pampanga on Wednesday, Moreno stressed that his “supreme sacrifice” is his offering to address the ills of many Filipinos and help the country recover from the coronavirus disease 2019 (Covid-19) pandemic.

This, amid calls for him to heed the call of some quarters to withdraw from the presidential race and make the “supreme sacrifice” for Robredo to lead against Ferdinand Marcos Jr.

Meanwhile, on the issue that supporters have shifted to other presidential candidates, Moreno said he respects their choice.

With supporters changing their minds does not mean that he should give up on his goal to help the country and the people, he stressed.

He added, “Hangga’t hindi kayo sumusuko sa hirap na dinaranas ninyo, hindi ko kayo susukuan kasi (While you do not give up on the trials you are going through, I will not give up on you, because) as far as I am concern, in our group, Doc Willie (Ong, running mate), (senatoriables) Samira Gutoc, Carl Balita, John Castricciones, Jopet Sison, we are now offering you peace of mind”. (PNA)