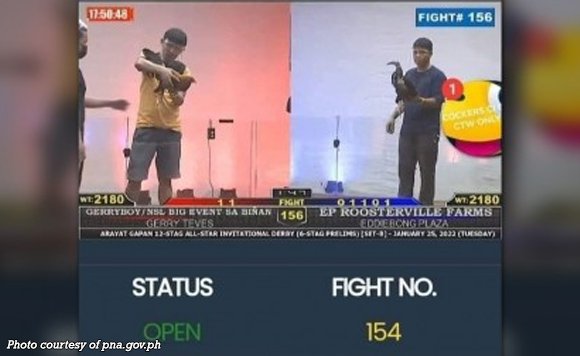 Before the Committee on Public Order and Dangerous Drugs ended its probe Monday on the missing persons allegedly involved in e-sabong, chair Senator Ronald dela Rosa said they received information that Orapa’s wife is a shareholder of POV Security Agency, Inc. which has an existing contract with the Pitmaster group.

“No, your honor. This is a legitimate business, your honor. You have to apply or bid for such a contract to be rewarded or awarded to you. So, such allegation na sinasabing reward, hindi po, your honor,” Orapa answered.

Dela Rosa asked the question after finding out during the hearing that POV Security Agency, Inc. took over serving Pitmaster group in February this year, about a month after the last person linked to e-sabong went missing.

“Kaya ako, with my malicious mind, forgive me if I’m malicious dahil dati rin akong pulis. Marunong din akong mag-isip. Naisip ko tuloy na baka reward ‘to ni Atong Ang sayo dahil sa mga pabor na binigay mo, whatever services na binigay mo sa kanya. ‘Yun lang yung sa akin ha. Don’t get offended. Pareho tayong pulis. Nakakaintindi ka how a policeman thinks (That’s why me, with my malicious mind, forgive me if I’m malicious because I’m also a former policeman. I know how to think. That’s why I thought that maybe this is a reward of Atong Ang for you because of whatever services that you gave him. That’s all. Don’t get offended),” dela Rosa said.

When asked about the existing rules of the Philippine National Police regarding the matter, PNP chief Gen. Dionardo Carlos said their relatives are allowed to have businesses as long as they are legitimate.

“Sa amin naman po ay napapayagan ‘yung amin pong asawa o kamag-anak as long as legitimate po ‘yung business at ang iniiwasan nga po namin dun ay magamit yung maaaring impluwensya ng isang pulis doon sa negosyo (For us, we allow our spouses or relatives as long as the businesses are legitimate and we are careful that our policemen might use their influence on that business),” Carlos said.

He said PNP personnel should always prioritize their sworn duties over their spouses and relatives even if they are allowed to engage in legitimate dealings.

Department of Justice Undersecretary for Legal Services and Liaison Cluster George Ortha said he will provide the Senate panel with their reviews relating to the limitations of a public servant on engaging in legitimate businesses without conflict of interest, as requested by Senator Francis Tolentino.

Tolentino said there is nothing wrong with engaging in businesses as long as the public servant is transparent.

“Dapat alam nung nagsu-supervise, alam nung sinu-supervise kung hanggang saan ‘yung hangganan. Ang puno’t dulo naman nito at ang gusto ng lahat ay ma-augment ‘yung income para sa mga pamilya nung mga lingkod-bayan (The supervisor and the one being supervised should know the limitations. The very point of this and what everybody wants is to augment the income for the families of the public servants),” he said.

The PNP’s Criminal Investigation and Detection Group and the National Bureau of Investigation assured the Senate committee that they will work together to pursue the investigation and deliver justice to the families of missing persons linked to e-sabong. (PNA) 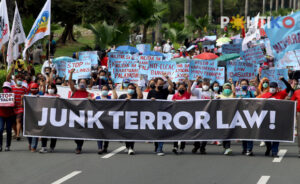 Members of the Makabayan bloc have jointly filed a measure seeking to repeal the Anti-Terrorism Act of 2020.

The country’s new tourism chief got a moral boost from her biggest fan/hubby. 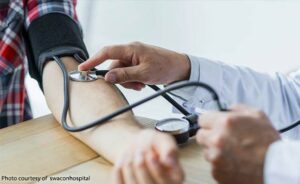 A proposal seeking to give Filipinos free annual medical checkups was revived in the House of Representatives. 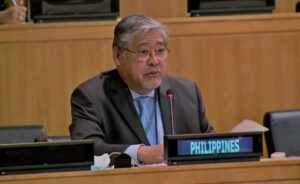 President Ferdinand Marcos Jr. chose Ambassador Enrique Manalo as his Secretary of the Department of Foreign Affairs (DFA) to successfully advance the country’s interests on the global stage amid formidable challenges, Malacañang said. 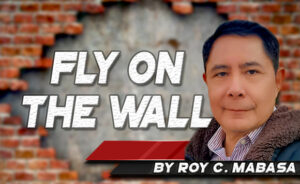 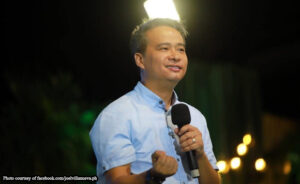 Senator Joel Villanueva on Sunday said he respects the decision of President Bongbong Marcos Jr. to veto the bill granting tax perks to the Bulacan Airport City Special Economic Zone and Freeport, but that it was “unfortunate” because of the potential jobs lost.