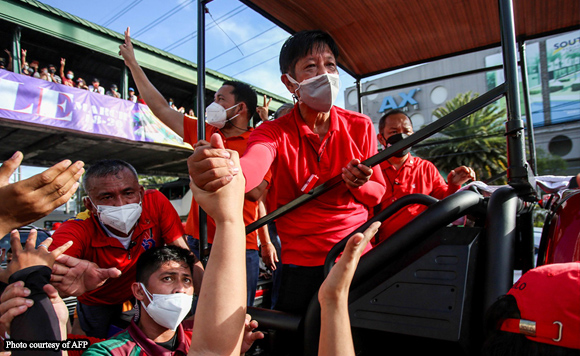 Hundreds of Philippine priests on Thursday endorsed the main rival to former dictator Ferdinand Marcos’s son, just days ahead of a presidential election they called a “battle for the soul” of the nation.

About 200 members of the clergy from the deeply Catholic country joined the mounting number of priests publicly backing Leni Robredo, who polls clock at a distant second behind Ferdinand Marcos Junior in the lead up to Monday’s vote.

The election is seen as one of the most consequential in Philippine history — a potentially make-or-break moment for the young democracy.

The group of clergy called it a “battle for the soul” of the nation — a choice between the rule of law and the “diminution of our liberties.”

But his juggernaut campaign has been propelled by social media misinformation seeking to rewrite history about his father’s brutal rule.

As many as 50,000 people were detained during martial law that ran from 1972-1981 as the elder Marcos and his wife Imelda became by-words for authoritarian kleptocracy.

Imelda, now 92, is seen as a driving force behind the family’s public rehabilitation and the rebranding of that era as the Philippines’ “golden age”.

Marcos Jr has previously expressed support for the “healthy exercise of democracy”.

The country’s highly influential Catholic church has so far not taken an official position in the upcoming election.

Top bishop Pablo David has urged voters to back “candidates who will sustain and strengthen our democracy, uphold the rule of law, and respect the dignity and rights of human beings”.

But he has stopped short of naming names or endorsing one candidate over the other.

With a Marcos victory increasingly likely, individual members of the clergy are speaking out.

On Wednesday, a separate group of 1,400 Catholic clerics — including more than a dozen bishops — signed a statement backing Robredo’s campaign.

Describing the election as “critical”, the group said the contrast in morality between the leading candidates meant they could “no longer stay neutral or apolitical”.

Without calling out Marcos Jr by name, they railed against “fake, deceptive and manipulative claims that aim to revise the history of our country”.

– ‘Years of darkness’ –
Father Flavie Villanueva — a priest who has received death threats and been charged with sedition for his criticism of Duterte’s bloody drug war — said the church had an obligation to speak out.

“We cannot remain ignorant about what is happening around us,” he told AFP. “We have a moral obligation to act as the conscience of the people.”

He warned that the election of “thieves and murderers” would cast “years of darkness over the Philippines”.

Around 80 percent of Filipinos are Catholic, and the faith permeates daily life.

The church played a crucial role in the 1986 “People Power” revolution which brought down the Marcos regime.

The church’s Radio Veritas urged Filipinos to take to the streets to protest.

But it is unlikely to make an institution-wide endorsement.

Villanueva said the situation in the Philippines was so serious that Pope Francis should weigh in. “I pray that he would”, he said. 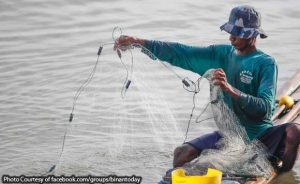 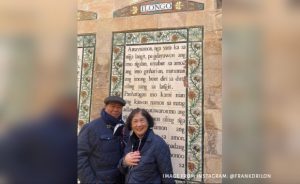 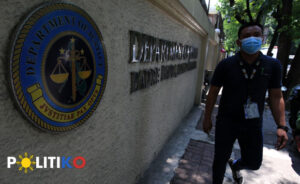 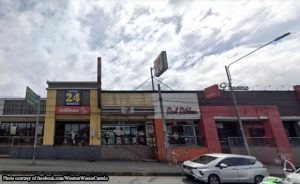 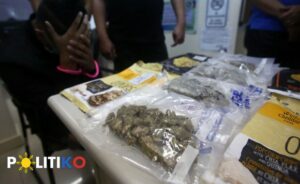