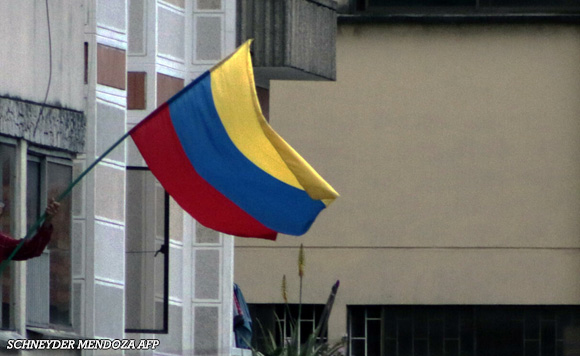 Two former mayors — a leftist and an independent outsider — will fight it out for the Colombian presidency on June 19 after coming out tops in a first voting round Sunday.

Here are the rivals at a glance.

Petro was mayor of Bogota from 2012 to 2015 — a stint that was not without controversy and gave birth to unflattering accounts of alleged despotic tendencies.

He entered the 2022 presidential race, his third, as a self-styled warrior for the marginalized — Black and Indigenous people, the poor and the young — promising to address hunger and inequality.

The father of six is described as a good orator, though not necessarily charismatic. He is a map buff and a keen social media user.

Born into a family of modest means on Colombia’s Caribbean coast, Petro embraced leftist politics as a teenager after the 1973 coup d’etat in Chile that unseated the world’s first elected Marxist leader Salvador Allende.

He joined the M-19 urban guerrilla group as a 17-year-old, but insisted afterward that his role in Colombia’s decades of bloody civil war was as an organizer, never a fighter.

Petro was captured by the military in 1985 and claimed to have been tortured before spending almost two years in jail on arms charges.

He was freed and the M-19 signed a peace deal with the government in 1990. He has since served as a senator and mayor.

Petro’s critics have sought to portray him as a radical populist who will bring about Venezuela-style economic collapse.

He has, however, railed against the “banana republic” rule of Colombia’s neighbor and vowed there would be no expropriation on his watch.

Petro is no stranger to death threats, though he recently told AFP he tries to avoid thinking about that possibility in a country with a tradition of political killings.

He travels in a convoy of a dozen armored vehicles accompanied by police on motorcycles, an ambulance and snipers.

He has said he would reopen negotiations with Colombia’s last guerrilla group, the ELN, and seek to peacefully dismantle the drug trade.

Petro has made it his mission to address climate change, somewhat controversially by phasing out crude oil exploration — a major income-earner for Colombia.

Rodolfo Hernandez, a businessman and political maverick, emerged as a surprise rival to Petro, edging out the right-wing candidate pollsters had placed second.

Not aligned to any political party and running on an anti-corruption platform, Hernandez — the self-proclaimed “King of TikTok” — has been likened to a Colombian Donald Trump.

His platform is described as inscrutable, with no obviously left- or right-leaning political doctrine.

Within weeks he made a U-turn from supporting fracking and the use of the poison glyphosate to destroy coca crops, to rejecting both.

He recently had to retract an expressed admiration for Adolf Hitler, explaining that he had actually meant to say “Albert Einstein.”

Hernandez’s proposals include closing embassies to pay off student loans and making a visit to the sea at least once in life a right for all Colombians.

He has vowed to reestablish diplomatic ties with Venezuela, but threatens at the same time to deport hundreds of thousands of migrants from the neighboring country.

Hernandez “clearly falls into the world of populism,” political scientist Angela Rettberg of the University of Los Andes told AFP.

A large part of his success, she said, was in his ability to “communicate in a very simple way using colloquial language.”

An engineer by training, Hernandez made his fortune building low-cost housing in his native Piedecuesta, near the Venezuelan border, in the 1970s.

He served a single term as mayor of Bucaramanga, the largest city in the region, from 2016 to 2019, and is the subject of an investigation for alleged contract graft that dates from that time.

As mayor, he became known nationally for weekly Facebook broadcasts in which he answered questions from citizens, and for his public fights with city councilors he accused of being thieving “rats”.

In 2018, Hernandez was suspended for three months for slapping a councilor.

Today, one of his campaign slogans invites voters to “slap corruption.”

Hernandez followed Sunday’s vote in his swimsuit, drinking beer next to his pool at home, according to videos distributed in the media, which he avoids as much as possible. — Agence France-Presse