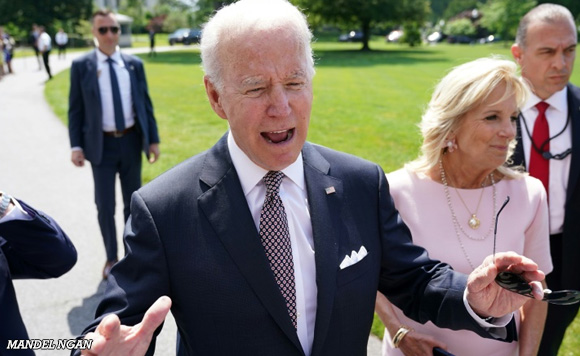 by Robbie Corey-Boulet and Haitham El-Tabei

Saudi Arabia’s Crown Prince Mohammed bin Salman has long been sidelined on the world stage but as he prepares to mark five years as de facto leader, he is finally coming in from the cold.

Next month’s visit by US President Joe Biden will complete the international rehabilitation of the 36-year-old prince, who was widely reviled over the 2018 killing of journalist Jamal Khashoggi.

It represents an unqualified victory for Prince Mohammed, who has led his country on a rollercoaster ride since being named the heir of his father King Salman, 86, on June 21, 2017.

And in a further sign of ties on the mend, Turkey’s President Recep Tayyip Erdogan said Friday that the crown prince would travel there next week on his first visit since the Khashoggi killing.

In his time as unofficial ruler of Saudi Arabia, the world’s biggest oil exporter and the home of Islam’s two holiest sites, “MBS” has liberalised many aspects of daily life while asserting stern control over others.

Yet his drive to transform the conservative kingdom risked being completely overshadowed by Khashoggi’s murder, an act so abhorrent that Biden’s trip — a routine move for past American leaders — has sparked controversy.

US intelligence concluded that Prince Mohammed “approved” an operation to capture or kill Khashoggi, a charge he denies.

“Washington was kind of the hub of opposition to MBS when it comes to official public statements and mobilisation in the West,” said Yasmine Farouk of the Carnegie Endowment for International Peace.

“This is exactly what MBS was aiming to get through the last year-and-a-half: a meeting and a picture with Biden as a counterpart,” said one Riyadh-based diplomat.

When he arrives, Biden will find Prince Mohammed’s stamp almost everywhere. But no group has been affected more than Saudi women.

The axing of notorious rules concerning what women can wear and where they can go is a centrepiece of the new Saudi liberalisation narrative.

Abaya robes and hijab headscarves are now optional, women are no longer banned from concerts and sporting events, and in 2018 they gained the right to drive.

Yet the story for women has not been entirely positive, especially for those who dare to speak out.

In 2018, authorities arrested at least a dozen women activists, most of them right before the ban on female motorists was lifted.

The move was preceded by a clampdown that hit princes and senior officials suspected of graft or disloyalty, dozens of whom were rounded up in November 2017 in Riyadh’s luxury Ritz-Carlton hotel.

Prince Mohammed “has coupled his dramatic and thoroughgoing cultural, social and artistic revolution from the top down… with an equally dramatic concentration of power politically”, said Hussein Ibish of the Arab Gulf States Institute in Washington.

Some of Prince Mohammed’s most striking policies have played out beyond his country’s borders.

Two months after his father, King Salman, ascended the throne in 2015 and named Prince Mohammed defence minister, Riyadh rallied a coalition to intervene in war-hit Yemen.

The conflict between the Saudi-backed Yemeni government and Iran-aligned Huthi rebels has gone on to kill hundreds of thousands of people directly and indirectly and drive millions to the brink of famine.

Recently, the kingdom has adopted what analysts call a somewhat conciliatory approach in the region, for example by engaging in talks with rival Iran. Prince Mohammed has also referred to Israel as a “potential ally”.

Perhaps the most significant element of Prince Mohammed’s Vision 2030 reform agenda is his bid to remake an economy long dependent on oil.

The crown prince now owns Saudi Arabia’s reform process and his legacy will hinge on its success, said Kristian Ulrichsen of Rice University’s Baker Institute in the United States.

“Having made so much of the fact that he, and only he, can transform Saudi Arabia by 2030, the next several years will be critical for Mohammed bin Salman as he seeks to deliver tangible results.” — Agence France-Presse