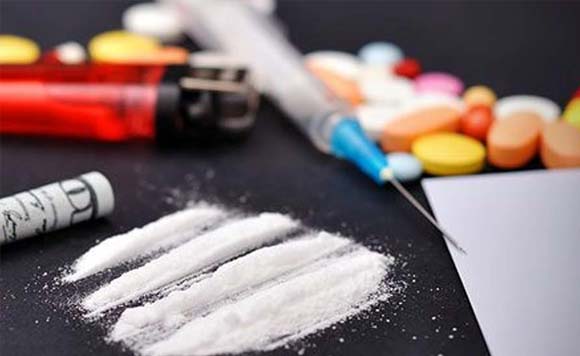 Almost two tonnes of heroin and more than 630 million “yaba” meth pills went up in smoke at ceremonies in Myanmar’s commercial hub of Yangon, the central city of Mandalay and Shan state in the north, authorities said.

But some analysts cautioned that the $642 million bonfires are part of a long-running game of smoke and mirrors played by a junta government not serious about tackling the problem.

“The military pretends to get serious about drug eradication and the West pretends to believe them,” he said.

This includes Shan state — Southeast Asia’s primary source of meth according to the United Nations.

The state is home to militias and has seen relatively little violence in opposition to the military since Myanmar’s generals seized power in a coup last year.

At the ceremony in Yangon, bundles of meth wrapped in innocuous-looking Chinese tea packaging sat alongside bricks of cannabis as well as bags of ketamine and MDMA.

A series of small explosions sent the contraband up in flames before thick plumes of black smoke billowed into the sky.

Firefighters moved in for safety and police officers took selfies against the backdrop of the blaze while Burmese pop music blared through speakers.

Last month the UN said law enforcement across Southeast and East Asia netted nearly 172 tonnes of meth in 2021 — about seven times more than a decade ago.

The surge in supply has sent street prices in Thailand and Malaysia crashing to all-time lows.

From Shan state the drugs are increasingly shipped to Laos, then Thailand before reaching Malaysia, where they are trafficked onwards to countries throughout the Asia-Pacific, the UN report said. (AFP)