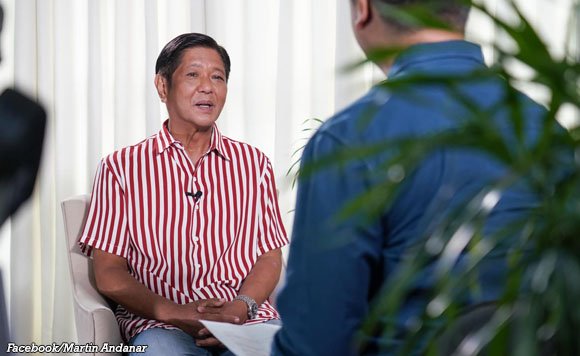 The Department of Foreign Affairs (DFA) is abuzz with talks that it was President-elect Ferdinand “Bongbong” Marcos Jr. who reportedly gave the go-signal to extend the services of four political ambassadors whose tours of duty are supposedly coterminous with outgoing President Duterte.

Well-placed sources at the DFA told Politiko that people at the department are reportedly “shocked” by the brazenness of what was described as a “midnight” order. .

One of the beneficiaries of the said extension is Philippine Ambassador to the United States Jose Manuel Romualdez, a cousin of the incoming president.

Under the Philippine Foreign Service Act of 1991, the tenure of a political ambassador is coterminous with the appointing authority, the President of the Republic.

All four were appointed as political envoys under the Duterte administration whose tours of duty are supposed to expire on June 30.

In fact, Locsin himself issued Assignment Order 389 last year directing all political ambassadors, including the said four, to return to the Philippines on or before June 30, 2022.

Many career officers in the DFA, including the late Roberto Romulo who himself was a political ambassador, have expressed their reservations over the questionable practice of ambassadors extending themselves beyond the term of the appointing power.

They cited, in particular, a 1990 Supreme Court ruling in the Astraquillo versus Manglapuz (G.R 88183) penned by former Justice Andres Narvasa, who wrote that “non-career officers” have “a tenure coterminous with that of the appointing authority…”

Sources explained that Locsin and all the four ambassadors owe to know the proper route for a political appointee, which is to vacate the position first, secure a new appointment from the new president, and go through the Co2qmmission on Appointments process.

A senior diplomat who sought anonymity said the DFA, especially those who are seeking the graces of the incoming president, “are in knots on how to justify and regularize the extensions”.