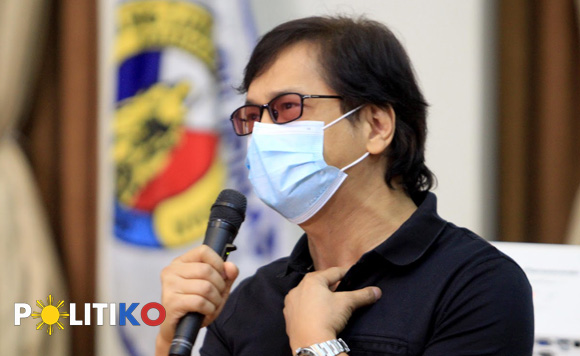 The Department of the Interior and Local Government (DILG) expressed hope that more members of the New People’s Army (NPA) and the Abu Sayyaf Group (ASG) will leave the armed struggle and lead new lives as peace-loving and productive citizens.

Interior Secretary Benjamin Abalos Jr. made the remark as he reported the recent surrender of 100 ASG members and supporters in Sulu and 50 former NPA and Militia ng Bayan members.

“Mukhang dire-diretso na (It seems this will continue). I have been receiving a lot of invitations. This week, pupunta na naman ako sa isang lugar and there will be another batch of surrenderees at sana sunod-sunod na ito para ang tunay na kapayapaan ay maramdaman ng bawat isa (I will go to another place again and there will be another batch of surrenderers and I hope this will continue so that we can attain genuine peace),” Abalos said in a Palace press briefing.

He added that this development will pave the way for real progress and development in the province of Sulu, which is a known stronghold of the ASG.

“Napakaganda ng Sulu (Sulu is very beautiful). They got one of the country’s pristine beaches. Napakataba ng lupa (The land is fertile), ready for agriculture. So, ito ay parang naihahanda na for (it seems this is being prepared) economic progress,” he added.

Asked on the exact number of ASG fighters in Sulu, Abalos said he cannot give a figure but the group’s force is now limited to a “very small number”.

Abalos also called on the remaining NPA and ASG members to return to the fold of the law.

“Sana pag-isipan natin nang maigi, eto ang gobyerno, makikinig at gagawa ng paraan para lahat ng mga programa ay maibigay sa atin (We must carefully ponder that, our government is here, it will listen and come up with ways to provide the programs that will help us). Kaya (Because of this), there is no more reason para humawak ng armas laban sa gobyerno (to take arms and fight the government),” he added.

“Remember, a republic that is one is a nation that is one. Sama-sama tayong babangon muli (Together we will rise again),” said Abalos, echoing President Ferdinand Marcos Jr.’s call for unity.

With their surrender last month, the former violent extremists (FVEs) from Sulu will be enrolled in the government’s Enhanced Comprehensive Local Integration Program (E-CLIP) to receive financial and livelihood assistance.

Under the E-CLIP grant, qualified beneficiaries are entitled to guaranteed safety and security; cash assistance such as PHP50,000 livelihood assistance; PHP15,000 for mobilization expenses; and firearms remuneration amounting to the value of turned-in firearms.

The former communist rebels, meanwhile, received a total of PHP13.8-million worth of assistance and firearm remuneration under the E-CLIP.

E-CLIP is a flagship program of the government under former president Rodrigo Duterte, which is being continued by the Marcos administration, aimed at helping supporters and members of the Communist Party of the Philippines-NPA-National Democratic Front (CPP-NPA-NDF), to restore their allegiance to the Philippine government.

It was expanded in 2020 to include FVEs in its beneficiaries.

The E-CLIP aims to incentivize the communist surrender and help reintegrate former members of the NPA and its supporters as part of the government’s anti-insurgency and terrorism campaign.

The CPP-NPA is listed as a terrorist organization by the United States, the European Union, the United Kingdom, Australia, Canada, New Zealand, and the Philippines.

The Anti-Terrorism Council also formally designated the National Democratic Front as a terrorist organization on June 23, 2021, citing it as “an integral and inseparable part” of the CPP-NPA that was created in April 1973. (PNA)