‘My heart is in pieces’: Sharon Cuneta in anguish over death of ‘true screen partner, friend’ Cherie Gil 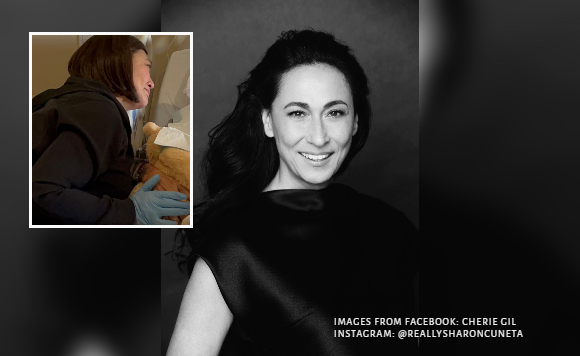 Megastar Sharon Cuneta is devastated over the passing of her beloved friend Cherie Gil.

The actress took to Instagram to express grief over the demise of Cherie, admitting she is heartbroken.

Sharon, wife of former Senator Francis Pangilinan, was able to bid a tearful farewell to Cherie when she flew to New York before her demise. A photo of the encounter is posted on the megastar’s social media accounts. Sharon is in the United States for a concert tour.

Cherie Gil, an award-winning actress, passed away on Friday at the age of 59. Messages of grief and tributes have been flooding social media following news about her death.

“I thank God I was with your Dad&Mom&R&all your kids to ‘see you off’ -but I am not happy,” the megastar wrote on Instagram.

“My heart is in pieces again & now I dunno how to put it back together anymore-because among the many loved ones I have lost these past few years,you were &always will be one of my most loved…a most important part of my life & my history. Of my heart.I love you so very much,” she said.

With her friend gone, Sharon said it was the “end of an era.” She described Cherie as her “true screen partner” and “true friend.”

“What will I do without you now, Love?” she asked.

Cherie Gil a ‘beautiful person in and out’ – Migz

Sharon left New York with a “much heavier heart” than before since she will never see Cherie again.

“I miss you so terribly&know it will only get worse.Be at peace in God’s loving arms,my Cheech…I’ll see you again someday. I will love you with all my heart, forever. Thank you for everything,” she said.

‘We love you and will miss you my friend’: Edu Manzano mourns loss of Cherie Gil

Lani Mercado ‘heartbroken’ after death of Cherie Gil: ‘Her name is synonymous to excellent acting’

Sharon, in another social media post, said she has lost a part of herself following the passing of Cherie. Her post included a video with her beloved and the hashtag #MyLavina as tribute to her friend.

“The Industry has lost one of the very best actors it had ever produced. I have lost a part of myself no one can ever replace. The Senate is now under “total lockdown” to facilitate the cleaning and disinfection of its offices. 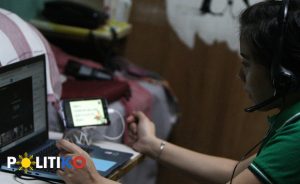