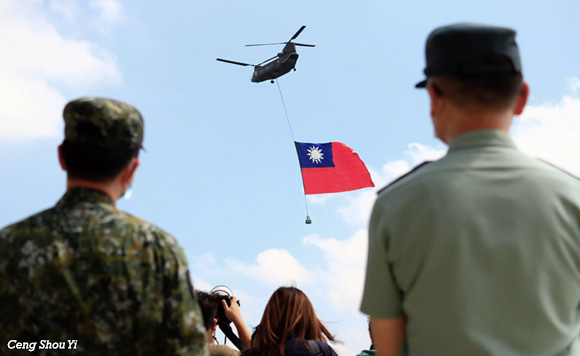 China is set Sunday to wrap up its largest-ever military exercises surrounding Taiwan after a controversial visit to the self-ruled island by US leader Nancy Pelosi.

Beijing has raged at the trip by Pelosi — the second in the line of succession to the US presidency — ripping up a series of talks and cooperation agreements with Washington, most notably on climate change and defence cooperation.

It has also deployed fighter jets, warships and ballistic missiles around Taiwan in what analysts have described as practising a blockade and ultimate invasion of the island.

Those exercises are set to wrap up Sunday, though Beijing has announced fresh drills in the Yellow Sea — located between China and the Korean peninsula — to take place until August 15.

Saturday saw China deploy “multiple batches” of planes and ships into the Taiwan Strait, Taipei authorities said, some of which crossed a demarcation line that divides the waters, which Beijing does not recognise.

“They were judged to be conducting a simulation of an attack on Taiwan’s main island,” Taipei’s defence ministry said.

– ‘A dangerous opponent’ –
In a bid to show how close China’s forces have been getting to Taiwan’s shores, Beijing’s military released a video of an air force pilot filming the island’s coastline and mountains from his cockpit.

And the Eastern Command of the Chinese army shared a photo it said was taken of a warship patrolling seas near Taiwan with the island’s shoreline visible in the background.

Taipei has remained defiant throughout China’s sabre-rattling, insisting it will not be cowed by its “evil neighbour”.

But experts have warned the drills reveal an increasingly emboldened Chinese military capable of carrying out a gruelling blockade of the self-ruled island as well as obstructing American forces from coming to its aid.

“In some areas, the PLA might even surpass US capabilities,” Grant Newsham, a former US Navy officer, told AFP, referring to China’s military by its official name.

“If the battle is confined to the area right around Taiwan, today’s Chinese navy is a dangerous opponent — and if the Americans and Japanese do not intervene for some reason, things would be difficult for Taiwan.”

– ‘Punishing the world’ –
The scale and intensity of China’s drills — as well as Beijing’s withdrawal from key talks on climate and defence — have triggered outrage in the United States and other democracies.

US Secretary of State Antony Blinken, meeting with his Philippine counterpart on Saturday, said Washington was “determined to act responsibly” to avoid a major global crisis.

China should not hold talks on issues of global concern such as climate change “hostage”, Blinken said, as it “doesn’t punish the United States, it punishes the world”.

The United Nations has also urged the two superpowers to continue to work together — for the world’s sake.

“For the secretary-general, there is no way to solve the most pressing problems of all the world without an effective dialogue and cooperation between the two countries,” his spokesman Stephane Dujarric said. (AFP)