‘Best part of the night’: Over ₱3 million raised for charity on Sonny’s birthday 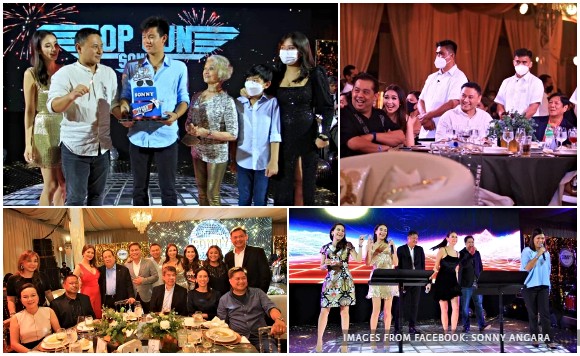 Senator Sonny Angara’s recent Top Gun-themed 50th birthday bash was not just an ordinary celebration. The event was extra special as the senator used his milestone birthday to give to charity.

According to Angara, more than ₱3 million have been raised for the Philippine General Hospital (PGH) Foundation during his birthday party over the weekend. Donations were earlier requested instead of birthday gifts.

In a Facebook post, Angara expressed gratitude for the birthday love and support from family and friends. He also appreciated the generosity of the donors during the birthday fundraiser.

“Thank you to all for dear friends for all the love and support, from all over the country and across all sectors. Best part of the night is that we raised over PhP 3 million for the PGH Foundation- our chosen beneficiary in lieu of gifts,” Angara wrote on Facebook.

“God bless all of you for giving generously,” the senator told the donors. “Madami po kayong matutulungang mahihirap na pasyente.”

Angara sent his “big thanks” to his family for organizing the birthday party, that included performances from family and friends.

The President, taking a break from work, was game for singing during Angara’s party. Marcos and the senators brought the house down with their rendition of “You’ve Lost That Lovin’ Feelin,'” a track featured in the film Top Gun.

“Thank you to my fellow senators led by SP Senator Migz Zubiri for their impromptu song number, with an epic surprise participation by a very game PBBM (thank you Mr. President Bongbong Marcos, First Lady Liza Marcos, Speaker Romualdez) and a very nice song from the Senate spouses