Tolentino seeks to institutionalize West PH Sea: ‘We should assert our sovereign rights over our EEZ’ 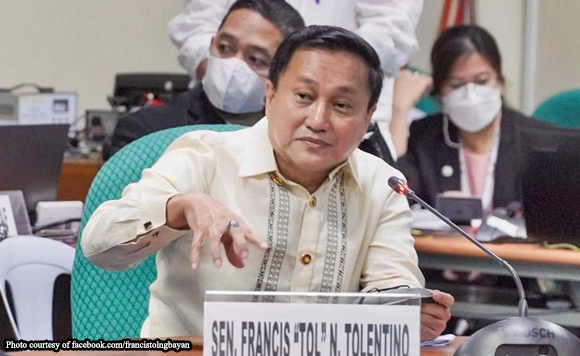 To reinforce the Philippines’ territorial claim, Senator Francis Tolentino recently filed a proposed legislation that seeks to ‘institutionalize’ the West Philippine Sea by formalizing the designation of the said nomenclature as part of the existing laws of the land.

Under Tolentino’s Senate Bill No. 405, the maritime area—including the air space, seabed, and subsoil—on the western side of the Philippine archipelago is hereby named as the “West Philippine Sea” or “Kanlurang Dagat ng Pilipinas” as part of the Philippines’ “inherent right to designate the names of its maritime areas,” and consistent with the 2016 Award of the Arbitral Tribunal of the Permanent Court of Arbitration (PCA).

According to Tolentino, the proposed measure is in response to the archipelagic doctrine embodied under the United Nations Convention on the Law of the Sea (UNCLOS), in which the Philippines is granted a territorial sea of up to 12 nautical miles, a contiguous zone of up to 24 nautical miles, and an exclusive economic zone (EEZ) of up to 200 nautical miles where the West Philippine Sea is located.

“As patriotic citizens, we should assert our sovereign rights over our EEZ for the purpose of exploring and exploiting, conserving and managing the natural resources, whether living or non-living, of the waters superjacent to the seabed and of the seabed and subsoil of our EEZ with the concomitant duty to protect and preserve the marine environment therein,” Tolentino’s explanatory note read.

The Department of Foreign Affairs (DFA) earlier during the 55th ASEAN Foreign Ministers’ Meeting in Cambodia has asserted its territorial ownership of the disputed territories by citing the arbitral award, nothing that The Hague ruling as well as the 1982 UNCLOS “are the twin anchors of policy and actions” of the Philippines on the West Philippine Sea.

Under SB 405, territories under the West Philippine Sea includes the Luzon Sea and the waters around, within, and adjacent to the Kalayaan Island Group in Palawan and Bajo de Masinloc or also known as Scarborough Shoal in Zambales, among others.

Section 2 of the said bill mandates the National Mapping and Resource Information Authority (NAMRIA) to produce and to publish charts and maps of the Philippines reflecting the nomenclature “West Philippine Sea” or the “Kanlurang Dagat ng Pilipinas.”

Tolentino’s measure also directs all departments, subdivisions, agencies, and instrumentalities of the Philippine government to use and employ the name West Philippine Sea or Kanlurang Dagat ng Pilipinas in all communications, messages, and public documents, and “to popularize the use of such name with the general public, both domestically and internationally.”

SB 405 is also specific that all private institutions, organizations, and establishments, whether organized under Philippine law or foreign law, operating within the Philippines, or transiting in Philippine territory are hereby directed to use the name West Philippine Sea or Kanlurang Dagat ng Pilipinas in all communications, announcements, and messages, both domestically and internationally. (JCC)

US VP Kamala Harris to visit PH in late 2022 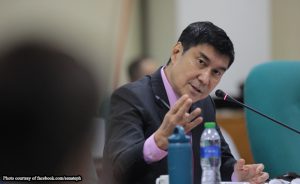 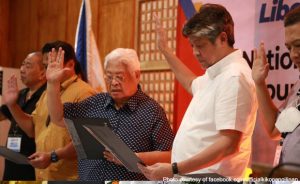 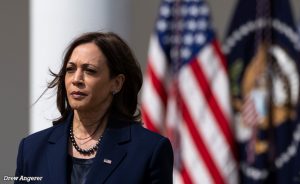 US VP Kamala Harris to visit PH in late 2022 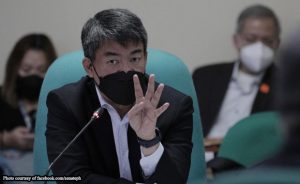 Senate Minority Leader Aquilino “Koko” Pimentel III will move for the realignment of the P150-million confidential fund sought by the Department of Education under Vice President Sara Duterte. 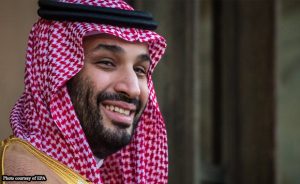 Roll out the red carpet! DFA: Saudi Crown Prince to visit PH in 2022

Saudi Arabia’s Crown Prince and Prime Minister Mohammed bin Salman (MBS) is expected to visit the Philippines before the end of 2022, the Department of Foreign Affairs (DFA) said Friday. 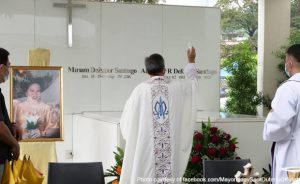