Japan defence ministry asks for $40B budget with eyes on Russia, China 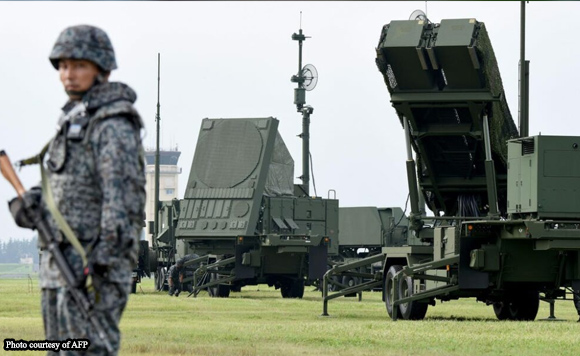 Japan’s defence ministry requested a $40 billion budget on Wednesday, pointing to the war in Ukraine and warning that the world faces its “toughest challenges” since World War II.

Japan’s defence spending has risen almost annually over the last decade, but pressure has grown for more following the Russian invasion of Ukraine and China’s growing pressure on Taiwan.

Prime Minister Fumio Kishida has promised sweeping upgrades, and his defence ministry unveiled a wishlist including armed drones and research on hypersonic missiles.

“The international community faces a period of the toughest challenges since World War II. The existing order faces serious challenges, as the world enters a new era of crisis,” the ministry warned in its request.

It said it was seeking 5.59 trillion yen ($40 billion) for the financial year starting April 2023 — a record but a modest increase from last year’s 5.48 trillion request.

However, the final figure — not due until the government finalises several defence policies including a five-year spending outline — is expected to be higher.

That could make Japan the third-largest military spender after the United States and China, rivalling India and surpassing Britain and Russia.

– ‘A vulnerable country now’ –
Japan’s military is not officially recognised under the country’s post-war constitution and spending on it is limited to nominally defensive capabilities.

The defence budget has traditionally hovered around one percent of GDP, but Nozomu Yoshitomi, a former army major general who now teaches defence policy at Nihon University, said it must increase.

“Japan is a vulnerable country now, being directly exposed to a powerful China,” he told AFP.

“It feels only natural that Japan increases its defence budget.”

Toshiyuki Ito, a professor at the Kanazawa Institute of Technology and a retired vice admiral at Japan’s Maritime Self-Defense Force, said boosting military spending to two percent of GDP may be difficult.

“It’s difficult to imagine it will go straight to an additional five trillion yen,” he told AFP.

He said an extra two trillion yen a year was a more realistic target and would provide much-needed funds to improve pay and supplies for Japanese troops.

“We need to invest in people and routine maintenance,” he told AFP.

Kishida has not yet committed himself to a specific target, saying increases will be weighed against tax revenues and spending priorities.

Any increase in military spending will put more pressure on Japan’s government, which is already saddled with enormous costs associated with an ageing and shrinking population.