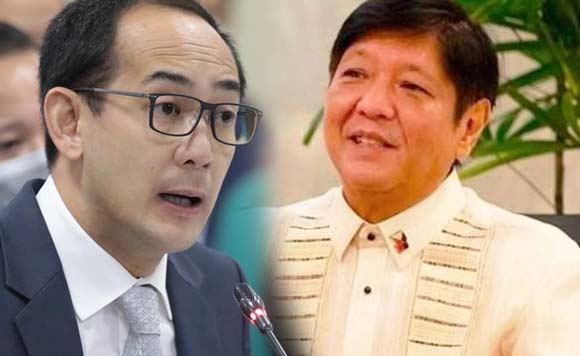 Rodriguez made the statement in response to the allegation of resigned SRA administrator Hermenegildo Serafica that the President broached the idea of importing 600,000 MT of sugar as against the 300,000 MT signed by the members of the Sugar Regulatory Board (SRB).

Serafica, who tested positive for Covid-19, told members of the Senate Blue Ribbon committee via zoom earlier that the President voiced no objection to the 300,000 MT planned importation by the SRB.

Rodriguez maintained that SO-4 signed by members of the SRB provided for the importation of 300,000 MT of sugar. Malacañang called SO-4 illegal since it was not approved by the President, who also sits as chairman of SRB by virtue of his being secretary of the Department of Agriculture.

Even Senate President Miguel Zubiri expressed surprise why after several hearings on the sugar issue, it is only now that Serafica is alleging that Marcos wanted the importation of 600,000 MT of sugar.

“Ilang hearing na po ito, pangatlong hearing na po ito, bakit ngayon lang niya binanggit iyon? Dapat sa unang hearing pa lang binanggit na niya iyon (How many hearings we conducted, this is the third hearing, why did he only mention it now? He should have mentioned that in the first hearing) where is this supposed number had come from and where is it coming from? Ako, dudang-duda ako dito (I really doubt it), Mr. Chairman,” Zubiri said.

“I don’t know why this kind of information was put in play; maybe to muddle all these discussions. But why did he just come up with this now and he (Serafica) is denying it,” Zubiri added.

It was Zubiri’s privilege speech on the sugar mess created by the controversial SO-4 that became the basis of the investigation by the Blue Ribbon Committee chaired by Senator Francis Tolentino.

Earlier in the hearing, the executive secretary apologized to the Blue Ribbon committee for his inability to attend the last two hearings called by Tolentino.

Rodriguez said he was in the thick of the preparations for the chief executive’s first state visit to Indonesia and Singapore that the President asked him to skip the Senate hearings.

“I would like to sincerely apologize if you had to resort to the issuance of a subpoena to compel my presence today. I have no intention, whatsoever, to disrespect the honorable members of the Senate and the Senate as an institution,” Rodriguez said.

After learning that a subpoena was issued by the Senate, Rodriguez immediately informed the President who was still in Indonesia at that time.

“(The President) asked me to forthwith see the Senate President and immediately be present in today’s Blue-Ribbon Committee hearing Your Honors. Again, my apologies Your Honors, Sirs and Ma’am,” he said.

Serafica, meanwhile, got the ire of several senators, including Zubiri, for the unfounded allegation regarding the 600,000 MT of sugar supposedly suggested by the President.

Serafica also said during the last hearing that the President voiced no objection to the 300,000 MT to be imported thru Sugar Order No. 4.

But Rodriguez also belied the statement of Serafica.

“I definitely deny that there was a signal coming from my end or that I have given them the go ahead to pass that resolution or the Sugar Order No. 4 calling for the importation of more or less 300,000 metric tons of sugar,” he said. (with reports from Wilnard Bacelonia/PNA)