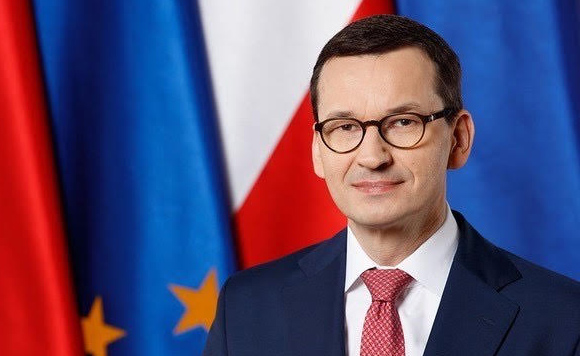 World War II started on September 1, 1939. The Third Reich, unprovoked and without any notice, started their invasion of Poland. One of the first acts of war involved the gunfire oriented at the Polish ammunition warehouse at Westerplatte. The “Schleswig-Holstein” battleship that had arrived in Gdansk with an allegedly peaceful visit opened fire at the Polish soldiers.

I recall these basic facts on the 83rd anniversary of the outbreak of World War II because this time distance makes European societies increasingly less aware of the origin of the events that proved decisive to the present shape of Europe. The fewer the witnesses of those events among us, the more fragile the memory about wartime, and the greater responsibility to care about the truth relies on us. Yet the stake of that responsibility is nowadays greater than ever in the post-war history.

Pre-war Europe fell into the trap of World War II because for years, it was unable to understand and appropriately evaluate the threats of two totalitarian ideologies. Soviet communism and German Nazism were completely incomprehensible phenomena to contemporary elites. Particularly Nazism and mass fascination with Hitler among the Germans were unimaginable to the Europeans. All in all, for years, Germany remained a model of highly developed culture unsusceptible to mass madness.

From the very beginning of gaining power in Germany, Hitler did not conceal his imperial ambitions. And he pursued such ambitions step by step. First, by Anschluss of Austria, next by occupying Czechoslovakia. Europe remained passive with respect to both these steps, deluding itself that war could be avoided if German appetites were satisfied. The price for peace was to involve enslavement of nations and countries considered by Germany as their zone of influence, its own Lebensraum.

Poland was outstanding in this background. Hitler often tempted the Poles with an offer of cooperation in return for a status of a subjected country, but none of those proposals were accepted. Therefore, there could only be one decision Germany could make: an invasion. At the same time, Hitler had two worries. One referred to the reaction of the West with respect to the attack on the Polish ally. The other was the reaction of the Soviet Union which was officially hostile to the Third Reich.

Despite many differences, the two totalitarian countries shared the wish to destroy the Polish state. On August 23, 1939, the Third Reich and the USSR signed a nonaggression pact, while in an additional secret protocol they agreed on dividing the territories of Poland, Lithuania, Latvia, Estonia, Finland, and Romania. The Molotov-Ribbentrop Pact sealed the fate of Central and Eastern Europe. On September 1, Germany attacked Poland, while the Red Army attacked from the other side on September 17. Poland became the first blood-soaked victim of the war, while Hitler and Stalin had a sense of a double victory. Not only did they use the overwhelming military advantage for an instant triumph, but also did not face any specific reaction from the West.

The present Europe is built on the memory of victory over Nazism, and at the same time on a shameful repression of truth about passivity in the first phase of the war. When Poland shed blood being the first to face the atrocious regime, many people in Paris or even London believed Hitler would stop in Warsaw. They were soon to find out how wrong they were.

What happened to Poland and what occurred on its territories during the German occupation is a history of complete degeneration. It is on the territory of Poland that the Germans committed most vile crimes. It was on the territory of Poland that they built a majority of the infrastructure that served for the most atrocious crimes in history: the Holocaust. In many western countries, occupation was a painful experience but possible to live through. In Poland, however, millions of Poles and Jews struggled for survival on everyday basis, being treated as subhuman. From the very beginning, the Jewish nation was sentenced by the nation of the “masters” to elimination. The Polish nation was qualified as a nation of slaves, a major part of which was also to be murdered.

The awareness that Germany turned Poland into hell on earth reached the West very slowly. The case of Jan Karski, who was one of the first to bring a report of German crimes, the Holocaust, to the United States is symbolic. And even then, despite the war going on for many months, the West was not ready to accept the whole truth.

The ability to face the truth about World War II is our duty not only with respect to the past, but also with respect to the future. The fact that post-war Germany was incorporated into the international community so soon, without the need for thorough prosecution of war criminals, opened the gate for relativization of evil. Politics offers little space for moralizing, but when it comes to assessing totalitarianisms, we cannot have any doubts: this was absolute evil, and the perpetrators excluded themselves from the human community once and for good. Nevertheless, there are increasingly frequent voices of victims being to blame, too. From there, there is just one step to entire reversal of history and placing it on its head. With respect to Poland, this step was made by no other than Vladimir Putin. Russian propaganda has been trying for years to tell the world that Poland is responsible for the outbreak of World War II. This is a lie so cheeky and absurd, which is one of the characteristics of totalitarian propaganda.

Historical comparisons are treacherous but cannot be avoided today. If we were to rewrite the origin of World War II to the present conditions, the climax would involve Russian invasion in Ukraine. The fact that it happened means that many countries did not do their homework or forgot the lessons from the 20th century. We are facing a reviving empire with totalitarian ambitions. 83 years ago, Poland was the first to refuse submission. It chose being faithful to freedom, faithful to the founding values of the western civilization. And it was betrayed by its allies. If we recall this history it is not just to remember it but not to make the same mistakes again.

(The text is simultaneously published in the Polish monthly “Wszystko Co Najważniejsze” as part of a project carried out with the Institute of National Remembrance and the Polish National Foundation.)