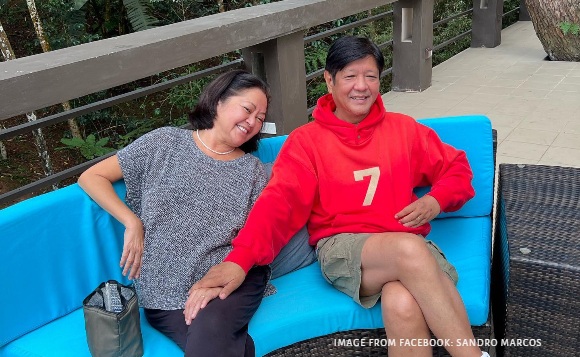 President Ferdinand Marcos Jr. met Atty. Liza Araneta and fell in love with her while they were residing in the United States several years ago.

Marcos turned sentimental and shared his love story with now First Lady when he was addressing Filipino community in New Jersey on Monday.

He is currently in the US to attend the United Nations General Assembly in New York this week. The First Lady and eldest son Ilocos Norte Rep. Sandro Marcos are accompanying the President.

Marcos narrated that he was accompanying his mom former First Lady Imelda Marcos for a case resolution in New York when he met Liza, who was visiting a friend. Marcos was studying at Wharton School of the University of Pennsylvania while Liza was a practicing lawyer in New York.

In his latest US journey, Marcos remembered the familiar places in the city while he was courting Liza.

After the New York courtship, Bongbong and Liza got married in 1993. They have three children Sandro, Simon and Vincent.