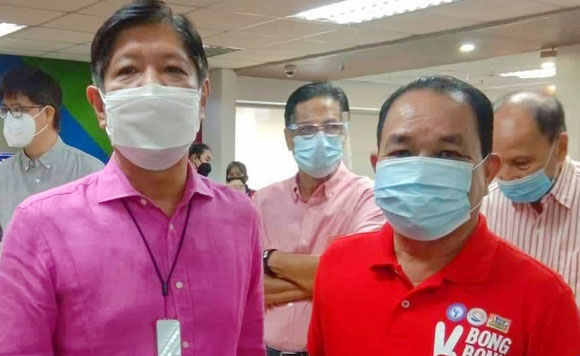 A grassroots-based alliance of labor groups has strongly opposed the appointment of former Executive Secretary Victor Rodriguez to any cabinet post, citing his alleged involvement in several issues “not befitting a responsible and respected public servant.”

Terry Tuazon, president of the Alliance of Progressive Organizations (APO), said the nomination of Rodriguez for any cabinet post under the Marcos administration should be rejected “if only to serve as a fair warning to all concerned that honesty, competence and adherence to the best interest of our country and people remain as the foundation of public service.”

APO’s position was contained in an open letter posted on the group’s social media account, which, according to Tuazon, was originally intended to oppose the former executive secretary’s nomination before the CA.

However, the letter was overtaken by events when the embattled Rodrigiuez resigned last Saturday, only to assume the position of Chief of Staff to President Ferdinand “Bongbong’ Marcos, Jr.

Tuazon said the actions of the resigned executive secretary-turned-chief-of-staff also call into question his loyalty and adherence to BBM’s drive towards a “transparent and united government with the welfare of the country and the Filipino people front and center.”

APO, he added, is calling for a thorough review of all the appointments made during Rodriguez’ two-month tenure as executive secretary to ensure that those individuals are “morally fit” to serve the government.

Together, Pastrana and his kin reportedly operate at least 18 ports or 20 percent of PPA’s portfolio. Aside from his vested interests in the port and shipping business, Pastrana’s businesses also reportedly owed the Department of Transportation P132.1 million.

Marcos Jr. immediately rescinded Pastrana’s appointment in the wake of alleged conflict of interest issues leveled against both Rodriguez and Pastrana.

APO, a major supporter of Marcos Jr., is made up of various labor, urban poor and other grassroots organizations. It aims to promote the spirit of integrity in public service, solidarity and volunteerism towards national development and progress for all.

Prior to the resignation of Rodriguez, there were papers circulating online pertaining to an alleged draft Administrative Order creating the office of the Presidential Chief of Staff (PCOS) as well as a Special Order giving expanded authority to the said office.

It was not clear as of this writing if President Marcos Jr. approved the Special Order giving the Chief of Staff additional authority.