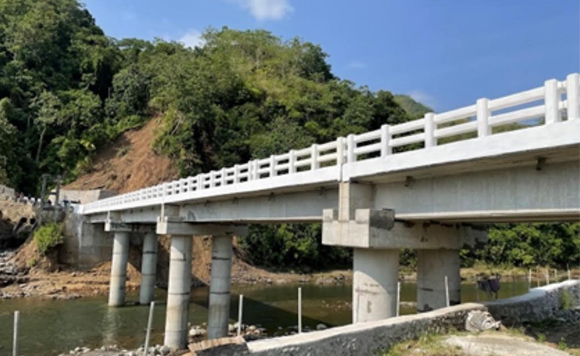 The Japanese government has turned over a PhP73 million bridge that will allow mobility, access to social services and connectivity among residents of two remote barangays in Mayoyao, Ifugao province.

The construction of the bridge is part of the 10-year JY9.244 billion Forestland Management Project (FMP) of the Government of Japan through JICA and the DENR.

According to JICA, the 80-meter-long bridge with an access road is part of the Forestland Management Project’s Agroforestry Support Facility subproject.

Prior to the construction of the bridge, there was only a small hanging bridge where only one pedestrian can cross between Barangays Alimit and Nattum.

Around 2,000 residents of the two barangays and nerby areas are expected to benefit from the new bridge.

Coinciding with the bridge project are the planting of forest trees in over 3,400 hectares, agro-forestry activities, fuelwood, and silvopasture for livestock.

In a separate statement, Japanese Ambassador to the Philippines Koshikawa Kazuhiko said the initiative is another milestone in strengthening cooperation between Japan and the Philippines under the Marcos administration especially on the issue of climate change. The project also meets the country’s urgent needs and long-term interests in improving the quality of life of the Filipino people.

The FMP, which was launched 10 years ago, highlighted environmental protection, including forestland management, as a major pillar of collaboration between the two countries.

The FMP aims to protect 71,300 hectares of forest in watershed areas throughout the country, including the Upper Magat and Cagayan River Basins, the Pampanga River Basin, and the Jalaur River Basin.