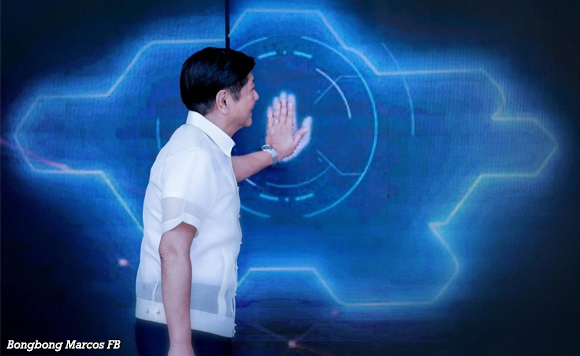 President Ferdinand Marcos Jr. sought to woo American businesses to invest in the Philippines Monday (September 19), saying his administration is ramping up efforts to accelerate the country’s recovery from the COVID-19 pandemic.

Speaking before the business leaders from the United States (US), Marcos Marcos said he looks forward to more investments from the private sector for the development of various fields such as public infrastructure, energy, and agriculture, as well as for the digitalization of the Philippines.

“Despite external headwinds, the Philippine economy’s resilience — reinforced by sound policies and decisive leadership — makes us confident about our future,” Marcos, who is currently in the US, said during the New York Stock Exchange Business Forum.

“I wish to emphasize that the Philippines is keen to continue nurturing the ties that helped produce mutual benefits for both our economies, our organizations, and our peoples. Let us achieve many more milestones together,” the President added.

Marcos made the remarks as he acknowledged the US and the Philippines’ “strong and enduring” ties in trade and commerce.

The US is the Philippines’ third largest trading partner and second major source of foreign direct investment applications in 2021.

On his second day in the US, Marcos also rang the closing bell of the NYSE, signaling the end of the day’s trading.

Marcos guaranteed that the Philippines has increased the scope for “mutually beneficial” investments aimed at generating more jobs for Filipinos and giving them a “better” life.

“For investors, doing business in the Philippines is an opportunity to reap the benefits of a vibrant economy,” he said.

Marcos told the American businessmen that the country is offering investment opportunities in areas such as information technology and business process management; medical products and devices; electric vehicles and batteries; agribusiness; and telecommunications infrastructure and services.

He stressed that despite the prevailing Covid-19 pandemic, the Philippines’ economy remains “robust” since 2021 and is slated to achieve its goal of becoming an “upper-middle-income” country in the coming years.

“Bouncing back from the pandemic, the Philippine economy has seen robust growth since last year and has returned to its path toward upper-middle-income country status, achievable within the next few years,” he said.

To be recognized as an upper-middle-income economy, a country must reach the World Bank’s gross national income (GNI) per capita threshold of USD4,256 to USD13,205.

Wooing the US investors, Marcos cited key legislations that would further liberalize the Philippine economy.

“To international investors, the Philippines offers high-quality labor, a large consumer market, and a wide range of fiscal and non-fiscal incentives. At the same time, we remain committed to maintaining sound macroeconomic fundamentals providing a clear development roadmap,” Marcos said.

Marcos also ensured that the country’s resilience to crises, noting the improved employment situation, accelerating manufacturing activities, and growing demand from trade partners in the Philippines despite the pandemic.

He said his administration’s top priorities include managing inflation, reducing the scarring effects of the pandemic, and ensuring sound macroeconomic fundamentals.

“And again, the private sector business leaders also are here with us precisely to show and explain to our prospective investors where the Philippines is headed, what changes we have made so that investment will be more profitable and more attractive for foreign investors, especially coming from the United States,” he said.

“So it plays a central role in all that we are planning to do for our economy. It is once again something that we recognize in government we have a part to play,” Marcos added.

Marcos likewise bragged that the country’s workforce is its “greatest asset” in its economic transformation, saying Filipino workers are competent and contribute to the success of investments in the country.

“So, again we have adjusted many of our ways of doing business at the behest of our friends in the United States and of the Americans businesses that are already in the Philippines,” he added.

Marcos is set to deliver the Philippine national statement at the 77th session of the United Nations General Assembly (UNGA) on Tuesday.

He will be the first leader of the Association of Southeast Asian Nations to deliver a statement at this year’s high-level General Debate.

Aside from sharing the country’s views on various global concerns at the UNGA, Marcos will meet with world leaders and continue to hold dialogues with foreign investors to do business in the Philippines. (PNA)