‘Our alliance is strong’: Biden gives special shoutout to Filipino-Americans during Marcos meeting 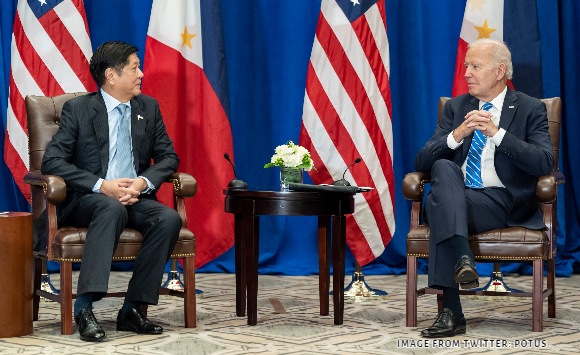 The alliance between the United States and the Philippines remains strong and enduring, according to US President Joe Biden.

The American president stressed the robust ties between the two nations, including the millions of Filipino-Americans, during the meeting with President Ferdinand Marcos Jr.

The two leaders met on the sidelines of the United Nations General Assembly in New York.

“The relationship between the United States and the Philippines, to state the obvious, has very deep roots. We’ve had some rocky times, but the fact is it’s a critical, critical relationship, from our perspective. I hope you feel the same way,” Biden told Marcos.

“And we have strong ties, including millions of Filipino Americans who are very proud of their ancestry and desperately want us to continue to have a strong relationship. And our foundations are strong in the U.S.-Philippine alliance, which is of critical importance,” he said.

Biden also gave another shoutout to the Filipino-Americans “who enrich our nation” via Twitter. He affirmed that the US-PH alliance is still strong despite its “rocky” past.

“Our nations’ relationship is rooted in democracy, common history, and people-to-people ties, including millions of Filipino-Americans who enrich our nation,” he tweeted.

“Our alliance is strong and enduring,” he said.

Marcos and Biden held their first face-to-face meeting since the former assumed office in June.

They have discussed the South China Sea situation, particularly support for freedom of navigation and overflight as well as peaceful resolution of disputes.

Biden also thanked the Philippine leader for his position against Russia’s war in Ukraine.

Today I met with President Marcos of the Philippines.

Our nations’ relationship is rooted in democracy, common history, and people-to-people ties, including millions of Filipino-Americans who enrich our nation.

Our alliance is strong and enduring. pic.twitter.com/BTCx2qYMdH