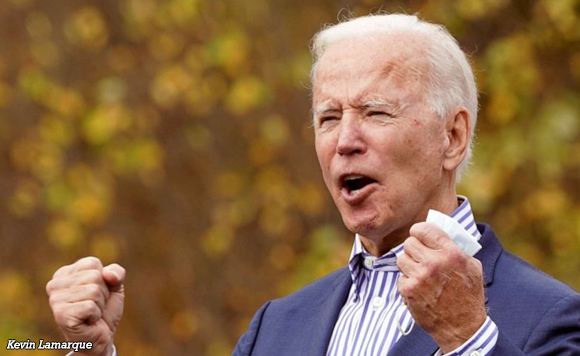 US President Joe Biden’s push for an end to secretive political spending by the super-rich died in the Senate on Thursday as Republicans voted unanimously against curtailing so-called “dark money” in elections.

Democrats have spent years complaining that tycoons are handing over fortunes to influence politicians through loosely-regulated donations that are impossible to trace, heightening the threat of corruption.

But the DISCLOSE Act — a bill proposing to make donations to political organizations more transparent — managed to garner only 49 of the 60 votes required to bring it the Senate floor, after a Republican blockade.

Dark money political spending went from under $5 million in 2006 to more than $1 billion in 2020, according to Whitehouse, who vowed to fight on.

The bill would have required so-called “super PACs” — independent political action committees that are allowed to raise unlimited sums but cannot contribute directly to campaigns — and other dark money groups to report anyone contributing $10,000 or more.

Biden had banked political capital on the reform, delivering a televised address from the White House on Tuesday in which he said the issue was a matter of “public trust.”

“Dark money erodes public trust. We need to protect public trust and I’m determined to do that,” the 79-year-old Democrat said.

The president noted a recent $1.6 billion donation by a Chicago industrialist to the ultra-conservative Marble Freedom Trust, the largest single contribution to a political nonprofit ever disclosed, that only came to light thanks to the US media.

“The DISCLOSE Act would shine a light on special interest spending to neutralize its toxic effect, giving Americans’ voices a chance to be heard,” Whitehouse added.

“Republicans heeded the wishes of dark money donors today, but the fight to pass this bill isn’t over.”

The New York Times reported in January however that Democratic-allied donors had matched or possibly even surpassed Republicans in dark money spending in the 2020 election.

The daily said 15 of the most politically active non-profit organizations aligned with Democrats had handed over more than $1.5 billion in 2020 — compared to around $900 million spent by a comparable sample on the Republican side. — Agence France-Presse