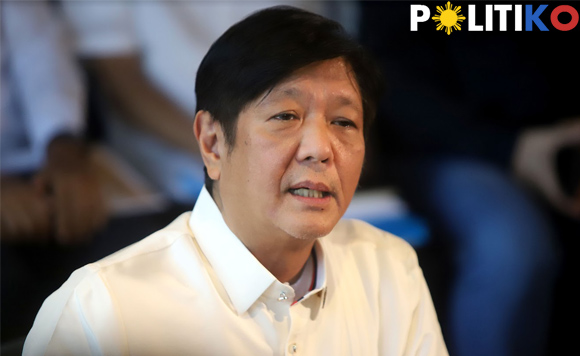 Marcos made the statement before the members of the Asia Society in New York City, as he emphasized his call for unity and maintained that the Philippines will continue to be a “friend to all [and] an enemy to none.”

“On our part, we will continue to work with China and other claimant states with the end in view of resolving the issues involving the West Philippine Sea through diplomacy and through dialogue,” said Marcos, who is currently in the United States (US) for a working visit.

China, the Philippines, and several other littoral states have overlapping claims in the SCS where Beijing claims around 80 percent of the busy waterway.

The Philippines on July 12, 2016, won its petition filed before the Hague-based Permanent Court of Arbitration (PCA) after the arbitral tribunal invalidated China’s claim of supposed historic rights over almost the entire SCS.

China, however, has ignored the PCA ruling.

Not giving even an inch of territory

Marcos said the Philippines’ current position is that it has “no territorial conflict with China,” since what China is claiming “belongs to the Philippines.”

He assured his fellow Filipinos that he would not give up even a square inch of Philippine territory.

“As I clearly stated in my State of the Nation Address [on July 25], I will not preside over any process that will abandon even a square inch of territory of the Republic of the Philippines to any foreign power,” Marcos said.

The Philippines will remain a “good neighbor” to all nations and the country seeks collaboration that will bring “mutually beneficial outcomes”, the President said.

“We will continue to be a good neighbor — always finding ways to collaborate with the end goal of mutually beneficial outcomes. If we agree, we will cooperate and we will work together. And, if we differ, we will negotiate until we reach an agreement,” he added.

“I spoke about the importance of dialogue and solidarity in the face of the many challenges and threats that we now have to deal with. This means exerting every possible effort to transcend our differences and commit to end conflict,” Marcos told the audience.

Quizzed if he prefers a multilateral or a bilateral approach to settle SCS disputes, Marcos answered: “I will prefer any approach that will work. Subukan natin lahat (Let us try everything).”

Marcos said the Association of Southeast Asian Nations (Asean) will play a “stronger” role to address the SCS issue.

“I think that Asean must going to have to play a stronger role in all of these discussions and in trying to again keep the peace and slowly — but continue to engage China. Because once that engagement stops, then there is no progress and then things could very easily deteriorate and that is not what we want to happen,” he said.

China and Asean are currently working to speed up the conclusion of negotiations in the issuance of legally binding Code of Conduct (COC) in the SCS.

In May 2022, the two parties resumed the physical textual negotiation of the Single Draft COC Negotiating Text during the 36th Joint Working Group on the Implementation of the Declaration on the Conduct of Parties in the South China Sea (JWG-DOC) in Siem Reap, Cambodia.

Marcos also acknowledged the US’ “important” role in promoting peace, security, and prosperity in the region.

He expressed confidence that his administration can rely on the US since it is the “only treaty ally” of the Philippines.

“The United States certainly plays an important leadership role in fostering an environment of stability and peace, not just globally, but certainly in our region,” he said

“We know that we can count on the United States to uphold the international law-based order, the freedom of navigation and overflight, and the sustainable use and development of maritime resources,” Marcos added. (PNA)