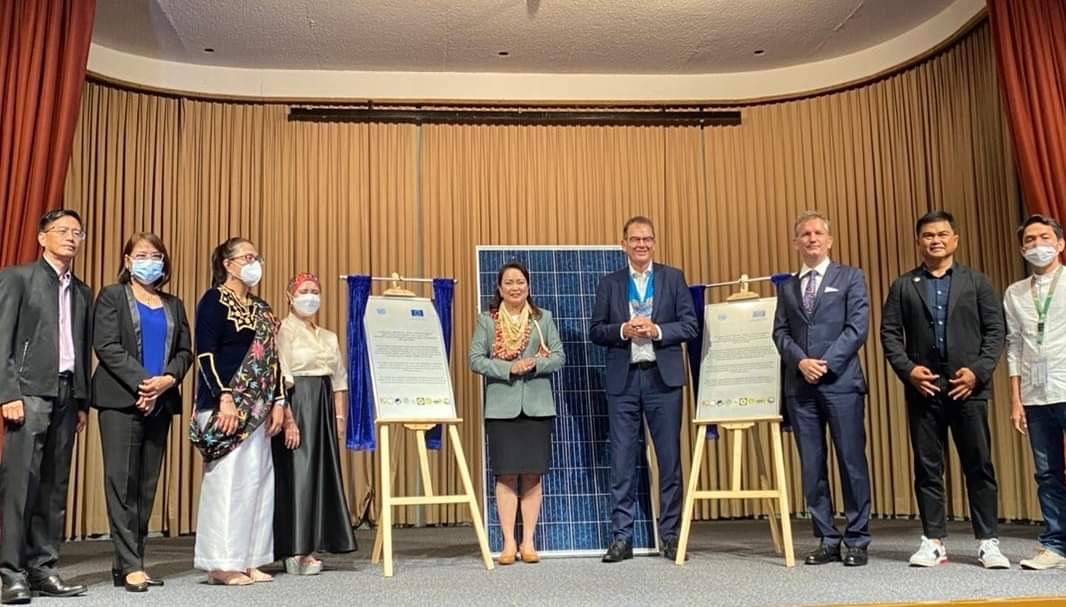 At least two remote island municipalities in Tawi-Tawi – Sibutu and Sitangki – will now have a 24-hour electricity supply following the launching of the first hybrid power plant in the province.

The construction of the hybrid plant is part of the Renewable Energy Technology for Seaweeds Value-Added (RETS) project in partnership with local actors such as the provincial and local governments of Tawi-Tawi, MAFAR-BARMM, Mindanao State University Tawi-Tawi College of Technology and Oceanography, the Tawi-Tawi Electric Cooperative (TAWELCO) and AIEC- Island Light and Water Corp.

RETS is funded by the EU under its EUR 66 million (Php 3 billion) Access to Sustainable Energy Programme (ASEP). The bulk of ASEP funding is concentrated in Mindanao.

With a total investment of over PHP 225.5 million, of which PHP 168.5 million have been provided by the EU, RETS has helped to extend the supply of electricity services in these island municipalities that are home to about 15,000 seaweed farmers, through the renewable energy hybridization of the local grids.

The project also integrates efforts to improve livelihoods by enhancing the quality and value of seaweeds produced by the communities.

“Supporting a seaweed value chain in a remote location in Tawi-Tawi by increasing the supply of renewable energy, strengthening the power grid, securing a steady water supply and enhancing community services in health, education, nutrition and sanitation, is not an easy feat. It is impressive,” said Christoph Wagner, head of the EU Delegation to the Philippines’ Cooperation office.

Proud of the partnership initiative, Wagner emphasized that the project embodies the EU’s global commitment to fight climate change through environmentally sustainable development, while leaving no one behind”

MinDA Secretary Maria Belen Acosta cited the EU’s role as a long-time partner for peace and development, specifically in their pursuit of a balanced and sustainable energy mix for Mindanao, especially in the off-grid communities.

“When we provide more income-generating activities, we are also improving the households’ ability to pay for the energy service, which contributes to the sustainability of the project,” Acosta said.