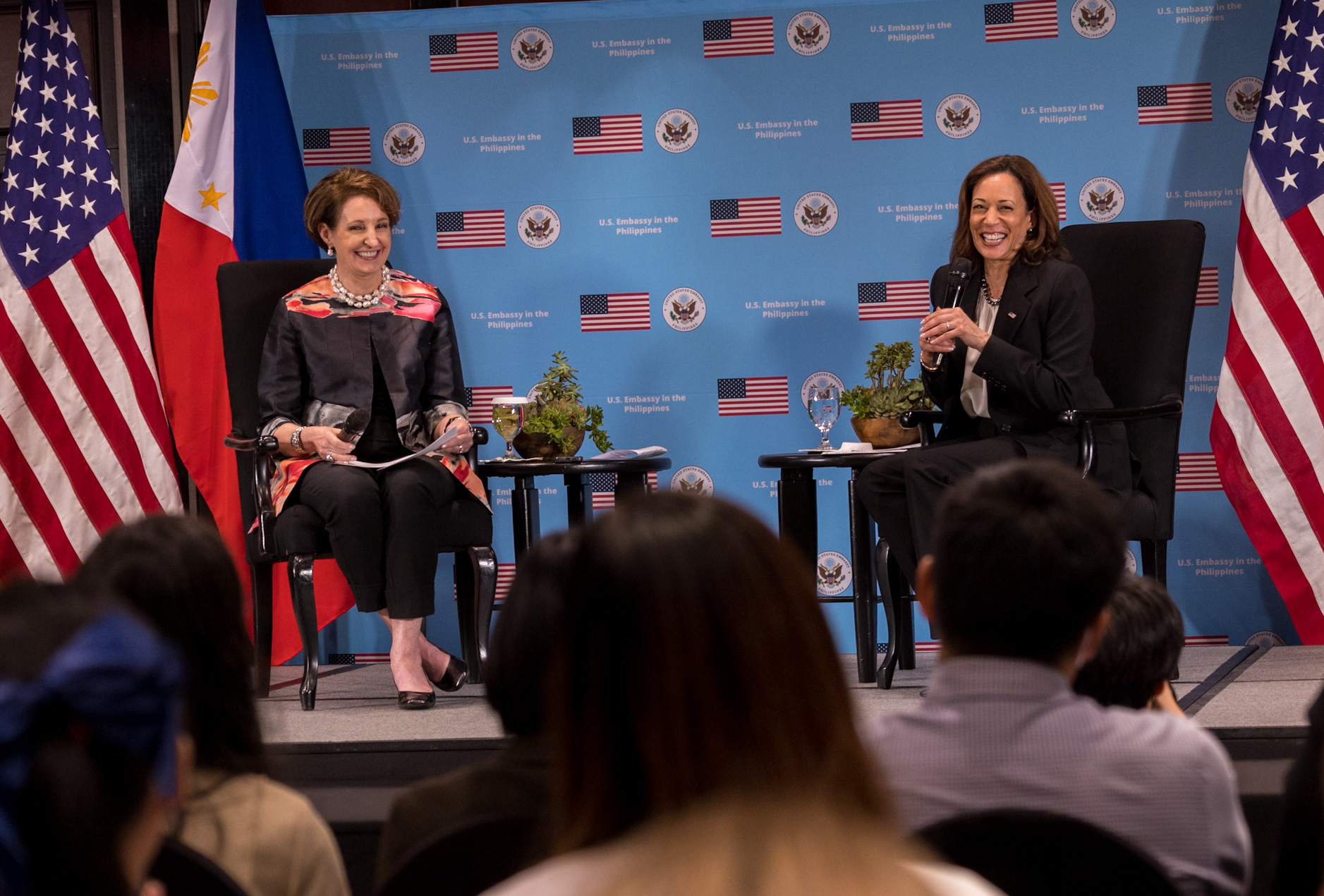 Visiting US Vice President Kamala Harris has cited former President Corazon “Cory” Aquino as one of the three Filipino women who have inspired their generation through their leadership role and becoming positive changemakers in the society.

Speaking before a group composed of young Filipino women and human rights advocates in Manila, Harris reminded the audience that they stand on the shoulders of the people who have charted the course of leadership for them to continue.

“So, I’m going to mention three women: Josefa Escoda, Concepción Calderon, and Cory Aquino, who were all in their 20s — in their 20s, when they started becoming known in their role of leadership. And so, part of what you must remember is that there are people who came before you who charted a course for you then to pick up the mantle,” said Vice President Harriswho is on a three-day visit to the Philippines.

Mrs. Aquino served as the 11th president of the Philippines in 1986 shortly after toppling the two-decade rule of Ferdinand Marcos through the 1986 EDSA People Power revolution. She died on August 1, 2009. Her son, Benigno “Noynoy” Aquino III, was later elected as 15th president and served from 2010 to 2016.

Escoda was a social worker, World War II heroine, a suffragette and founder of the Girl Scouts of the Philippines, while Calderon was known for pioneering the feminist movement in the country.

In her conversation with the Filipino youth and rights advocates, Harris likened the leadership role to a relay race where someone passes the baton to another.

“And so, the people who are heroes, whichever gender they are, they ran their part of the race and then they passed us a baton. And the question is: What will we do with the time we carry the baton? Which means there’s no time to get tired,” she said.

She also drew a parallel on the life and times of Coretta Scott King, one of the fighters for civil rights in the United States and wife of Martin Luther King, Jr.

“And she had a saying — which I repeat all the time, so I will share it with you. I’ll paraphrase it. She said the fight for justice, the fight for human rights, the fight for equality, the fight for fairness — she said that fight “must be fought and won with each generation,” the US vice president said.

Harris herself is an advocate and champion for women and girls, and is the first female to become vice president of the United States.