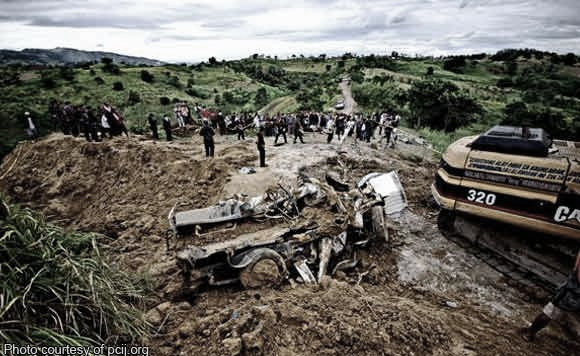 The Presidential Task Force on Media Security (PTFOMS) reassured media workers that the Marcos Jr. administration will continue to uphold media freedom in the country by creating a free and safe environment for them.

The PTFOMS issued the statement as the country recently marked the 13th anniversary of the Maguindanao Massacre, in which 58 people were killed, including 32 journalists and media workers.

“The safety and security of all members of the press is a primary concern of the Marcos administration,” the task force said, citing President Ferdinand Marcos Jr.’s commitment “to lend an ear and to listen to your concerns and to answer all that you may want to know.”

Members of the Ampatuan clan, including Datu Andal Ampatuan Jr. and Zaldy Ampatuan, were convicted of 57 counts of murder in 2019 by Judge Jocelyn Solis-Reyes of the Regional Trial Court of Quezon City, along with 27 other co-accused as principals, and sentenced to reclusion perpetua without parole, while 15 others were sentenced to six to ten years for being accessories.

The court also awarded the victims damages totaling more than P155 million, which must be paid in full by all those convicted.

The decision of the court acquitting SPO2 Badawi Bakal was reversed by the Court of Appeals on June 14, 2021, following an appeal filed by the Office of the Solicitor General, finding him guilty as an accessory to the crime and sentencing him to 4 to 10 years in prison.

To date, 45 people have been convicted in connection with the massacre. They are still incarcerated despite having appealed their convictions.

“By serving justice to those responsible for this heinous crime, the Philippines has come a long way in protecting media workers and went down by five notches in CPJ’s (Committee to Protect Journalists) infamous index to its much better present ranking of 7th place,” the PTFOMS said.

“It is expected that due to the unwavering commitment of President Marcos to protect the rights and safety of journalists, it is only a matter of time before the country is removed from the said index,” it furthered.

Meanwhile, the Presidential Task Force reminded all media workers to report any and all threats and harassment to authorities so that the matter can be thoroughly and swiftly investigated. If necessary, the task force can also provide real-time police security to any media worker.