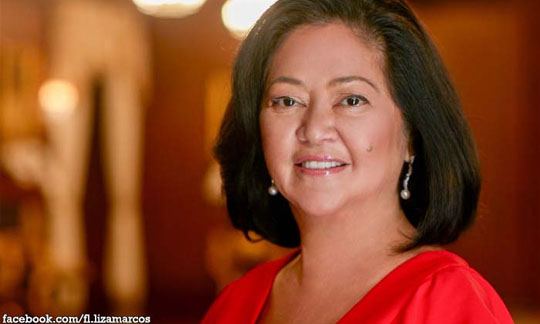 In a video message on the International Day of Eliminating Violence Against Women aired Friday, Marcos acknowledged women’s crucial roles in society.

“Women are the primary caretakers and educators in the family and they are a big contributor to our workforce,” the First Lady said. “As we celebrate the International Day for the Elimination of Violence Against Women, I enjoin everyone to be reminded of our roles in this endeavor.”

Marcos acknowledged the Philippine Commission on Women (PCW), led by chairperson Sandra Sanchez-Montano, for helping protect the rights of women against all forms of violence and hoped for public participation in the group’s initiatives.

“I commend the Philippine Commission on Women for its tireless efforts in promoting initiatives that courageously advance the preservation of the rights and dignity of women. Thank you so much for all you do,” she added.

The PCW launched the annual 18-day campaign to end violence against women on Friday to promote equality and strengthen women’s role in society.

The Philippines ranked 19th among 146 nations in terms of promoting gender parity, according to the World Economic Forum’s Global Gender Gap Report 2022.

However, the PCW acknowledged that while the Philippines is one of the best-performing countries in Asia in closing the gender gap, various issues still need to be addressed, including violence.

Global estimates by the World Health Organization indicate that about one in three women or 35 percent of the women population worldwide have experienced either physical or sexual violence from an intimate partner or non-partner in their lifetime.

The United Nations has also launched the “UNiTE by 2030 to End Violence against Women campaign (UNiTE)”, a multi-year effort aimed at preventing and eliminating violence against women and girls all around the world.

The global movement calls on governments, civil society, women’s organizations, youth and private sectors, media, and the entire UN system to join forces in addressing the global pandemic of violence against women and girls.