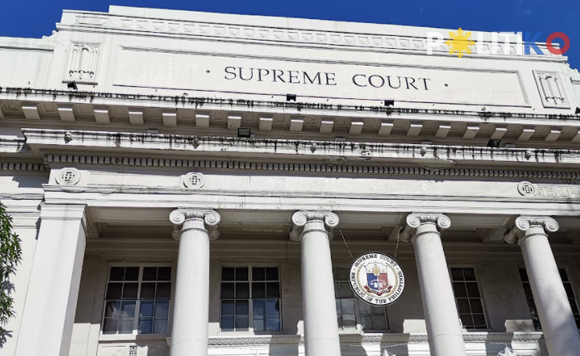 The Supreme Court (SC) announced on Friday that it has disbarred a lawyer in South Cotabato for his involvement in the perpetuation of “annulment packages.”

The SC Public Information Office (SCPIO) said in a statement that the tribunal has issued a decision promulgated Oct. 4 that ordered the name of lawyer Remegio Rojas stricken from the Roll of Attorneys.

“The practice of law is a privilege burdened with conditions and is reserved only for those who meet the twin standards of legal proficiency and morality. It is so delicately imbued with public interest that it is both a power and a duty of this Court to control and regulate in order to protect and promote public welfare,” reads the 18-page decision of the tribunal promulgated Oct. 4.

The SC also denied the appeal of Rojas who sought to be granted clemency from disbarment.

“We cannot give Atty. Rojas a free pass. To give in to his plea is to make a travesty of the judicial system and the legal profession and to go against this Court’s bounden duty to safeguard the public against erring lawyers. Lawyers who have been found to have violated their oath must be accountable for their actions and must face the consequences of their ill choices that affect the legal profession.

The SC acted on the complaint filed by Jocelyn Bartolome who accused the Rojas of having violated the Lawyer’s Oath and the Code of Professional Responsibility (CPR).

Bartolome said she knows Rojas since college and reconnected in 2010 when she sought assistance for the annulment of the marriage of her brother, Jonas B. Guingab, and his wife.

She said that, after Rojas boasted of handled successful annulment cases and offered to help her since a presiding judge in Cotabato is his relative, the complainant made an initial payment of P90,000 and received from him a photocopy of a “final decision” which was later found to be fake.

Following demands she made to return the amount, both Bartolome and Rojas confirmed that the P90,000. was returned.

On the other hand, Rojas, who said he and Bartolome were romantically involved in college, said he was asked by the complainant to handle the case since she learned that there was allegedly a judge in Cotabato City who grants annulment cases for a fee without requiring parties to be physically present.

Rojas said he turned her down but gave in after she begged him to handle the case.

The lawyer said that, through his contacts, he was able to get hold of a certain Muktar Santo who helped him process the annulment case and secure the decision after paying P90,000.

Rojas said he eventually realized that he got scammed by Santo and, after avoiding Bartolome due to embarassment, confronted Santo who returned the money.

Though he returned the money, Rojas said the disbarment complaint was filed after he refused to pay P1 million that was being demanded from him by Bartolome.

“Stripped of non-essentials, Atty. Rojas admitted his involvement in the reprehensible practice of perpetuating ‘annulment packages,’ albeit disavowing authorship and with the caveat that he only did so to help the complainant, and in the process, was also scammed by Santo. All these, regardless of his intention of presenting supposedly mitigating circumstances, besmirched the legal profession to the highest degree, by making a mockery of the judicial system. He simply violated his sworn oath to be honest, and to obey the law and the Constitution. It also created an impression to the public that the judicial process can be trifled with, and undermined the judicial processes of the courts,” the SC pointed out. 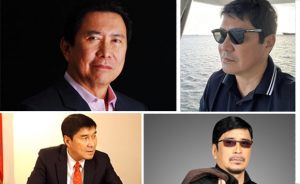 A feud is brewing between four of the Tulfo brothers after the eldest, Mon, linked First Lady Liza Marcos’ brother, Martin Araneta, to smuggling.