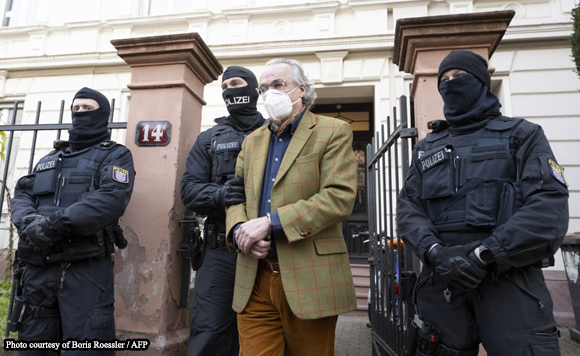 Those arrested on Wednesday included “a dangerous mix of people with irrational convictions, some with a lot of money and others in possession of weapons”, Holger Muench told the ARD broadcaster.

They had put in place “a plan that they also intended to carry out… That makes it dangerous and that is why we intervened,” he said.

Weapons were found in 50 of the locations searched, Muench said, including crossbows, rifles and ammunition.

Fifty-four people are under investigation for links to the group, which prosecutors say was planning to overthrow the German state and install its own government.

Twenty-five people were arrested, including an ex-MP, former soldiers and aristocrat and businessman Prince Heinrich XIII Reuss, who was reportedly earmarked to be Germany’s new leader after the coup.

However, “We should not assume that a group with a few dozen members, maybe a hundred, is able to really challenge the state system in Germany,” Muench said.

More arrests are likely to be made, he added.

“We have identified other people whose status in relation to this group we do not yet know exactly,” he said.

The group is thought to be made up of supporters of the “Citizens of the Reich” (Reichsbuerger), an ideological movement in Germany that encompasses far-right extremists, conspiracy theorists and gun enthusiasts.

The Reichsbuerger generally believe in the continued existence of the pre-World War I German Reich, or empire, under a monarchy and several groups have declared their own states.

The group planning the plot had been under surveillance since the spring, Thomas Haldenwang, Germany’s domestic security chief, told the RTL broadcaster.

“This is the first time a nationwide network has been set up with very concrete plans,” he added, stressing that there were “plans to overthrow the government, plans to actually implement an overthrow”.

There are around 21,000 Reichsbuerger in Germany, he said, around 10 percent of whom are considered likely to use violence.

Save the children: Angara alarmed by pregnancy of 10- to 14-year-olds 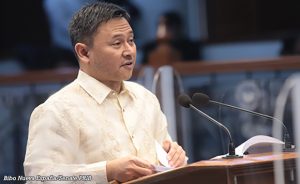 Save the children: Angara alarmed by pregnancy of 10- to 14-year-olds

Girls aged 10 to 14 getting pregnant is an urgent concern that needs a whole-of-government approach, Senator Sonny Angara said on Tuesday. 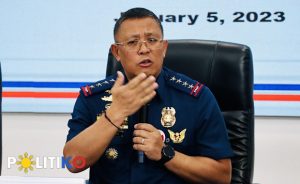 Philippine National Police (PNP) chief, Gen. Rodolfo Azurin Jr. is considering the appointment of a permanent police attaché at the Philippine Embassy in the United Arab Emirates (UAE) for better cooperation and coordination in ensuring the safety and well-being of Filipinos in the Gulf state. 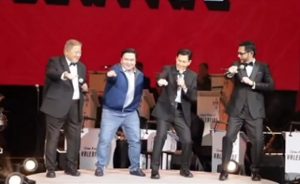