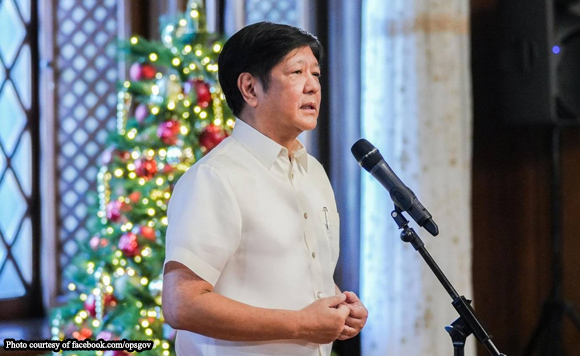 All government employees will receive a one-time rice allowance this year as well as the service recognition incentive (SRI) for those working in the executive department, according to administrative orders signed by President Ferdinand Marcos Jr.

The order authorizes the executive department personnel to receive a one-time service recognition incentive at a uniform rate not to exceed P20,000.

Civilian personnel in national government agencies (NGAs), covering those in state universities and colleges (SUCs), government-owned or controlled corporations (GOCCs), regular, contractual or casual employees, members of the military and the police, as well as fire and jail personnel under the Department of the Interior and Local Government are eligible for the incentive.

Also entitled to get the service recognition incentive are personnel from the Bureau of Corrections (BuCor), Philippine Coast Guard (PCG), and National Mapping and Resource Information Authority (NAMRIA).

Employees of both houses of Congress, the Judiciary, Office of the Ombudsman and Constitutional offices may likewise be granted a one-time SRI by their respective heads of offices, the order stated.

Employees in local government units (LGUs), including those in barangays, may also be eligible for the incentive, subject to LGU budget limitations under the Local Government Code of 1991.

The incentive for NGAs, SUCs, military and uniformed personnel will be funded by the released Personnel Services (PS) allotment under Republic Act No. 11639 or the national budget for 2022.

Civilian personnel in NGAs, including those in SUCs, GOCCs, government financial institutions, government instrumentalities with corporate powers, and government corporate entities, are entitled to receive the rice subsidy.

Rice assistance is also available to military, police, fire, and jail personnel, as well as Bucor, PCG, and NAMRIA employees.

The order also authorizes the release of assistance to individuals and groups whose services are engaged through job orders, contracts of service, or other similarly situated working arrangements defined by a circular order issued by the Commission on Audit.

The rice assistance for NGAs, military and uniformed personnel will be funded by the Contingent Fund under R.A. No. 11639. Funding for GOCCs will come from their approved operating budgets for fiscal year 2022.